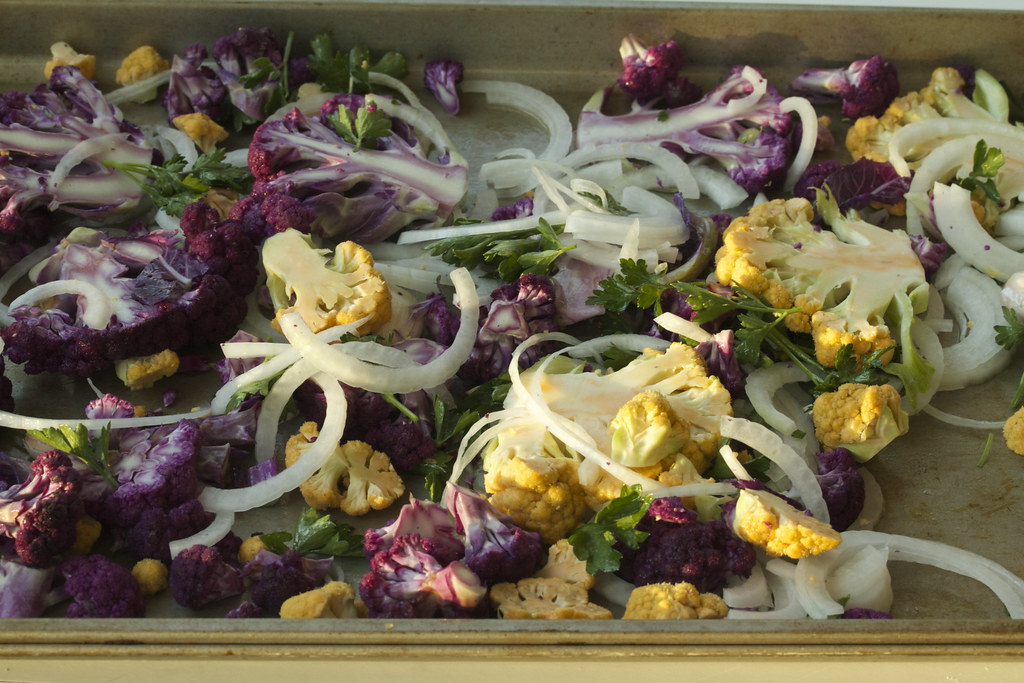 Evening shadows cut horizontal bars across the kitchen and sunbeams made stripes of dust in the air. The sideways sun cast a threatening glare on the cake I had just frosted. The late sunset had deceived me — I was used to the winter light — and I was shocked to find the clock ticking towards eight. As I pulled open the refrigerator door, the artificial smell of “cold” wafted around me, and I saw four little cauliflowers beginning to shrink back on themselves on the bottom shelf.

I remembered buying the cauliflowers — bright yellow and purple; I had snagged them at the farmers market, in my head naming them “royals,” although their sign said something about “magenta” and “cheddar yellow.”

A sad softening has been the fate of too many of my produce purchases. I save the gems for something great, and then it’s Friday, the beets are shoved to the back of the fridge, and I find them shivering in their produce sack, a shadow of what I saw in them at the market. 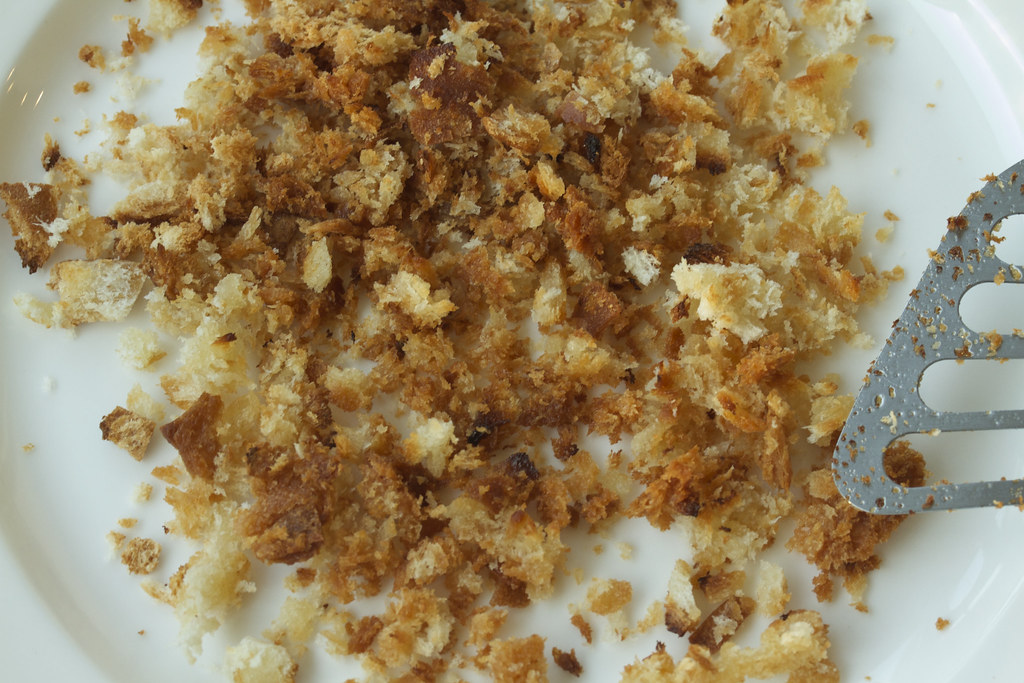 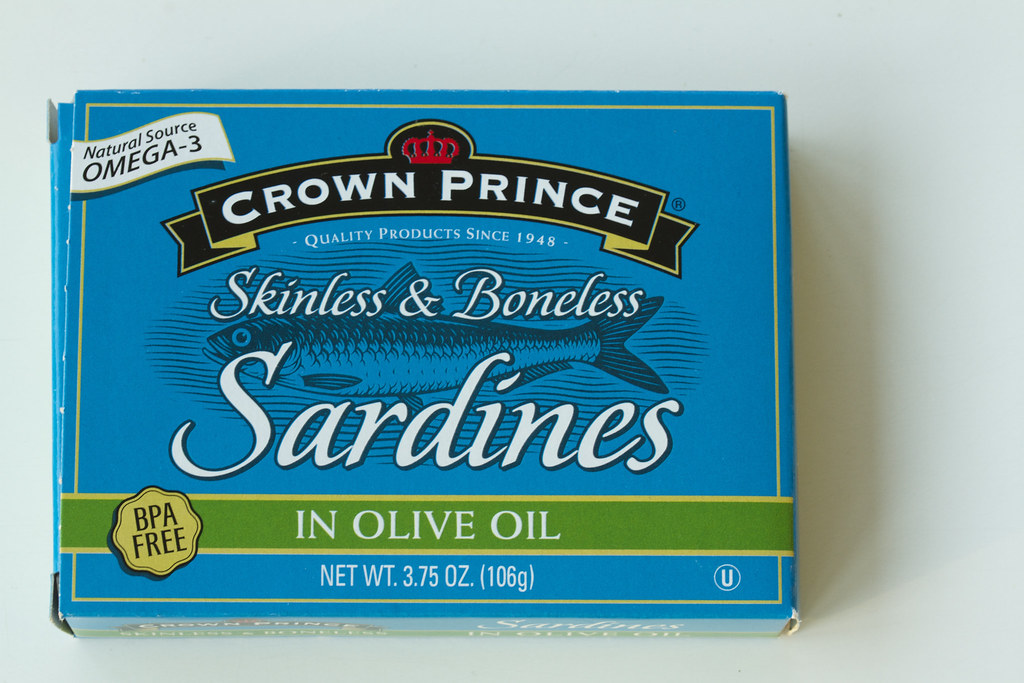 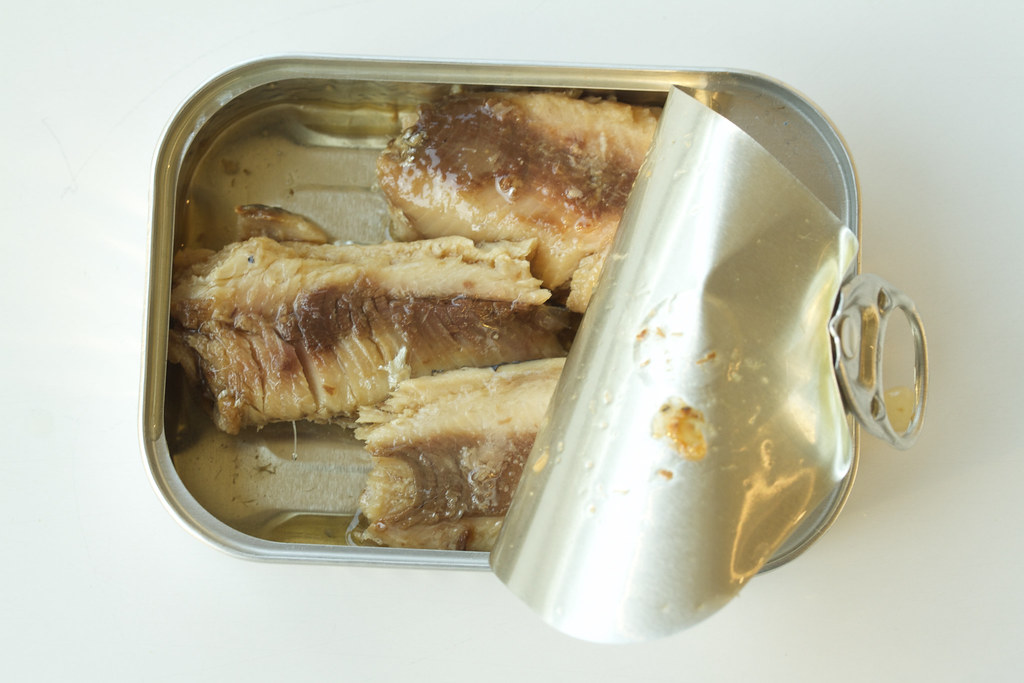 Besides, how messed up is it to spend hard-earned money on jewel-like vegetables and let them fade in your fridge, especially when so many people go hungry?

I couldn’t abandon the cauliflowers to that fate. As the light changed from yellow to orange to gray and finally to a soft blue, I tied my apron back on and gave these vegetables their moment of stardom.

Pulling together this pasta was comforting. Sure, I was hurried, and a little tired, and I added a few more dishes to the mountain, but I felt gratified knowing that even when life is flying by at lightning speed, it’s possible to salvage something simple – like a meal – and make it really beautiful. 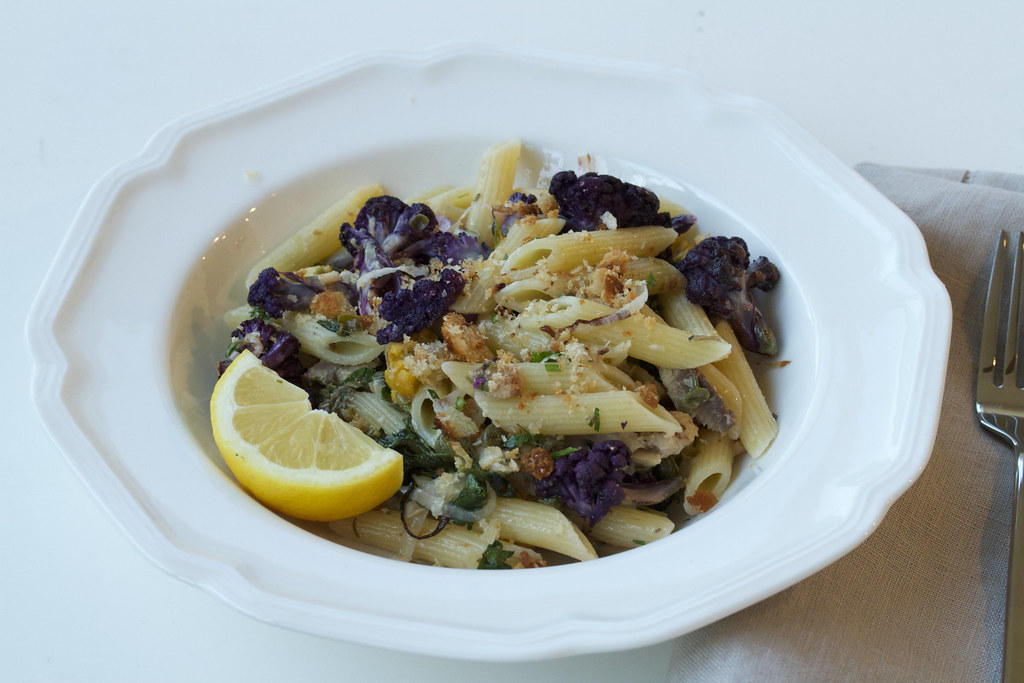 This pasta gets lots of flavor from the briney sardines and capers, while the lemon juice brightens it up, and the caramelized cauliflower adds depth.

Notes: One great thing about this recipe is that it dirties fewer dishes than other meals with this kind of complexity of flavor. You’ll need a sheet pan, a pasta pot, a cutting board and knife, tongs, a colander or spider, and a bowl for tossing the pasta in. The roasted cauliflower portion of this recipe is inspired by Molly Wizenberg’s Parmesan Roasted Cauliflower over at Orangette. It’s not necessary that you use colored cauliflower like I did — plain old white ones are just fine.

*I like the flavor of parsley with sardines and capers, but you could use other herbs, such as basil, thyme, or sorrel. If using dried, use about 1 teaspoon.

Optional: Heat oven to 375 F. Cut bread into small cubes. In food processor, pulse bread until the largest pieces are the size of pencil erasers. Toss in 1 Tablespoon of olive oil and turn onto sheetpan. Toast 5-10 minutes or until golden brown, checking and turning frequently. Turn breadcrumbs onto a plate. Wipe sheetpan clean and reserve for later use.

1. Cut washed cauliflower in ¼-inch slices: holding cauliflower with the stem down, cut in even slices. Some will break apart — that’s fine. I think cutting the cauliflower in large slabs works well with the shape of the penne pasta. However, if your cauliflower is much larger in diameter than mine (which were about 3 inches across at the widest), you should cut them into smaller pieces.

2. In a large bowl, toss cauliflower, onion, garlic cloves, parsley sprigs, and olive oil together. Pour out onto reserved sheetpan, and roast 20-25 minutes, turning and rearranging halfway through. Set empty bowl aside for later. When cauliflower is almost finished (after about 20 minutes), cover with grated cheese and return to oven for final cook time. After cooking, remove as many parsley sprigs as possible and discard.

3. Meanwhile, bring salted pasta water to a boil and cook penne according to package instructions, until al dente.

4. In the large bowl, combine capers, chopped parsley, and sardines.

5. When pasta and cauliflower are finished, add drained pasta, the contents of the cauliflower sheetpan, and 2 Tablespoons lemon juice to the large bowl. Toss ingredients together. Taste for seasoning, adding remaining lemon juice, salt, and pepper as needed. Spoon pasta into two bowls. (Optional: at the last minute, sprinkle breadcrumbs over both bowls of penne.) Serve immediately. 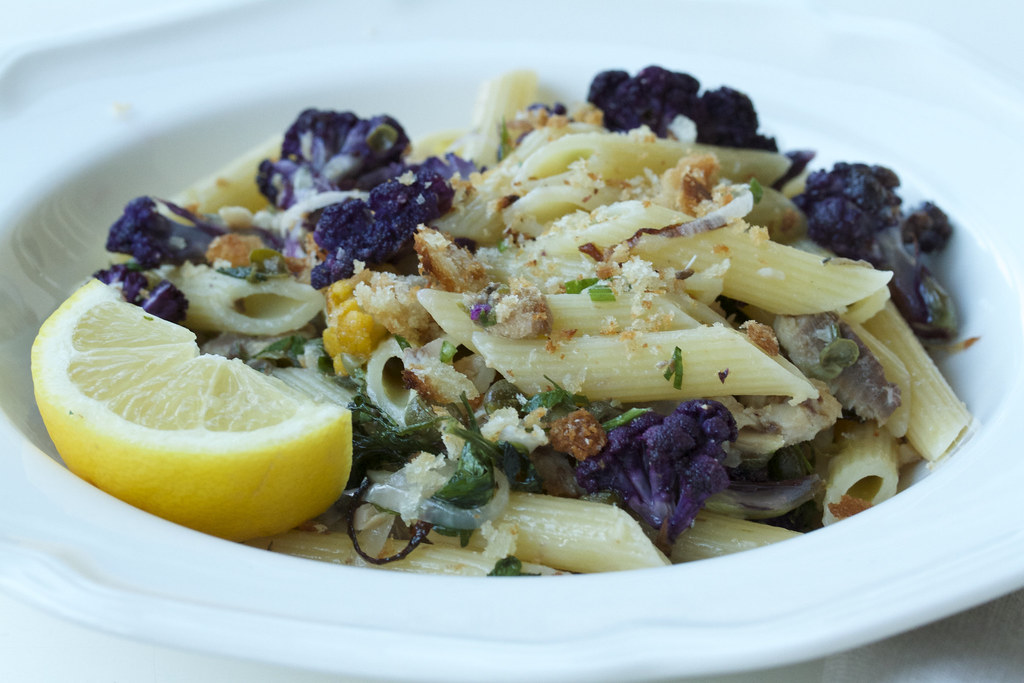