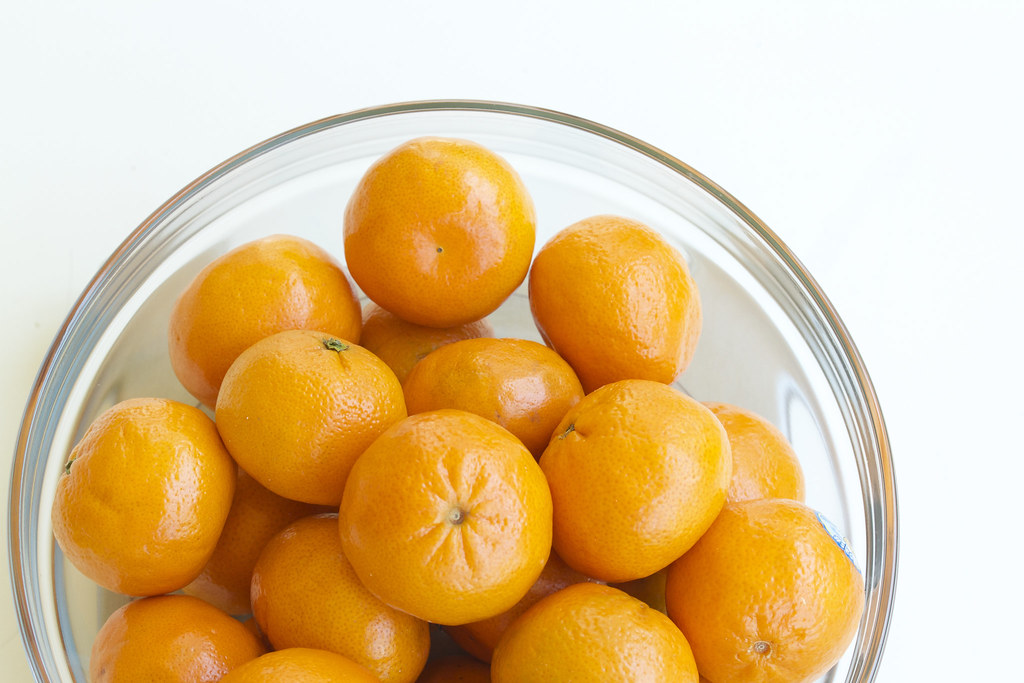 Clementines are one of those foods I associate with my childhood in Texas. I know they’re shipped all over the world, but that bright scent, the orangey film under your fingernails, and the glutted feeling after eating oh, I don’t know, 10 or so little clementinas always reminds me of outside and crickets and HOT. Sweet Texas memories like that one feel funny when pushed up against other experiences I’ve had here, so that merging this deep love of a place with the more troubling aspects of living and working here is a daily dance I do. Recently, a little drama played out here that meant doing that kind of work–taking joy and frustration about the same place and trying to smash them into some narrative that makes sense. 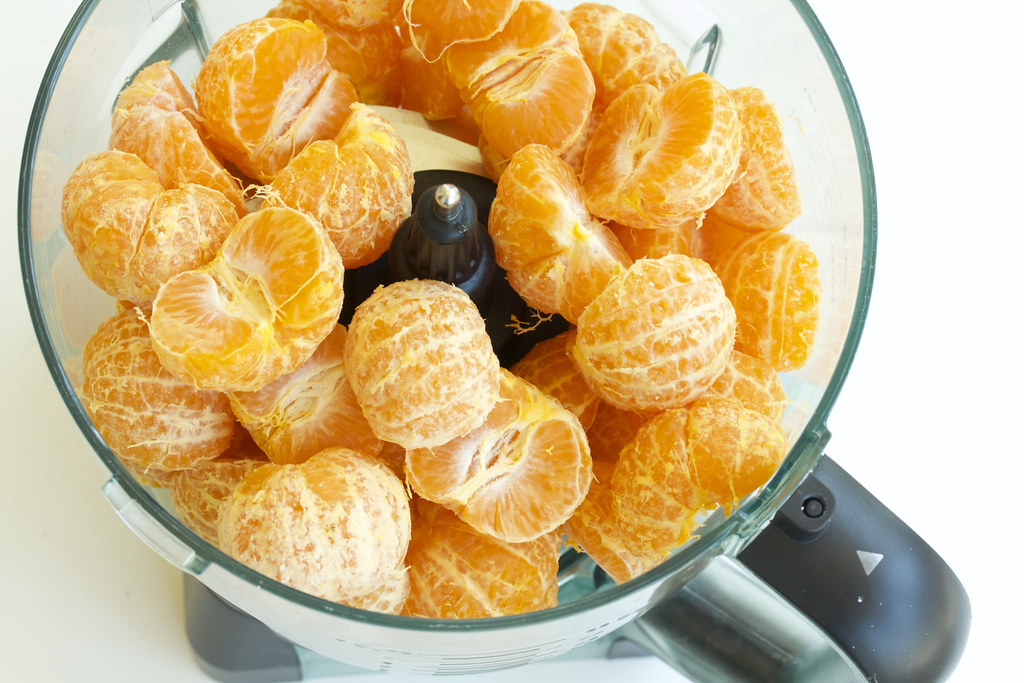 A few Saturdays ago, I woke up to a story about our food truck on the front page of the local paper. Good news right? Definitely. But there’s also this: It’s hard not to sound petty in saying this, but as I read through to the end of the article, to the part where they interview my husband, I realized that it wasn’t going to mention me. And it didn’t. There were the guys, front and center. I had worried I might be depicted as an afterthought, as a “helper.” But nope, I wasn’t there at all.

As I scrolled to the bottom of the page, I felt something heavy drop into my stomach followed by this flaming rage and then finally vague nausea, and I spent two weeks trying to understand that feeling. 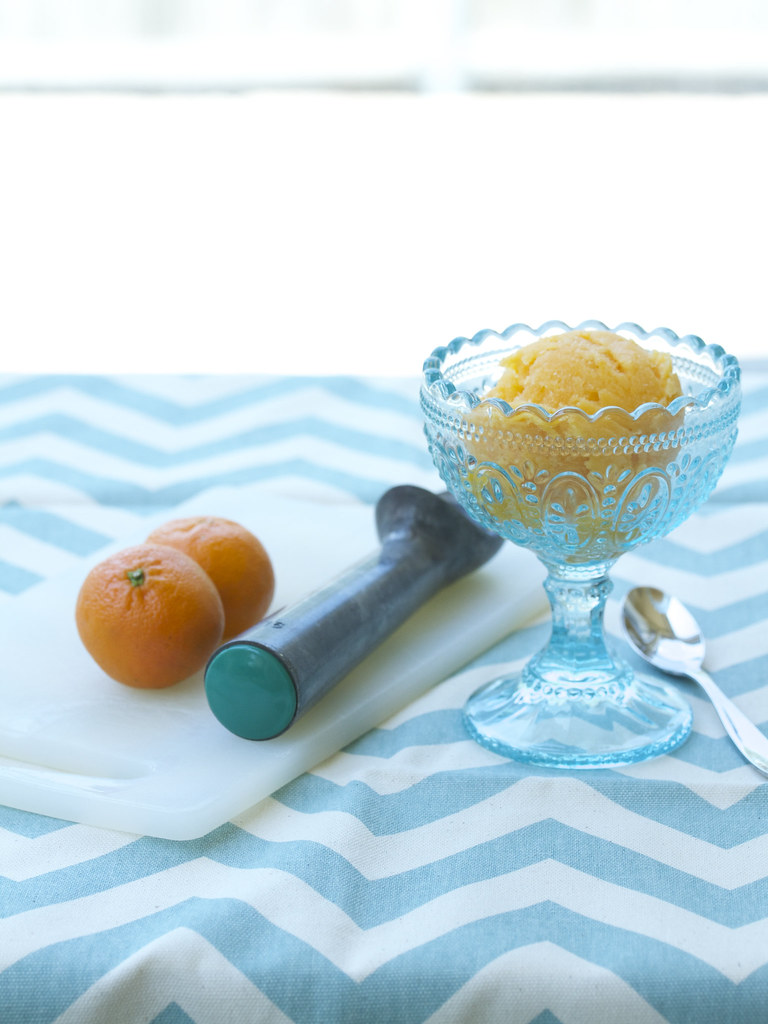 For the past year, my husband and I have been working with a friend (YD) to help him make his dream of running a Korean BBQ taco truck become a reality. He had served his tacos and Vietnamese sandwiches out of a shop inside a nonprofit in years past; we knew he had a following here in town and that Waco could benefit from some culinary variety. We spent months getting everything together. Obviously, our friend who is the face and brand of the truck held the reins and did the bulk of the work, but we all partnered on it. I made truckloads of dumplings, fried rice, and tacos; I sat it in on marketing and branding meetings; I read legal documents; I drove out-of-town to check on the status of the truck; I worked the line on opening night. And at the risk of sounding tacky, we’re all three part of the business.

Three weeks ago, the truck opened. It’s been all the things. Amazing and awesome to see our friend running the business, so gratifying to see our town trying new flavors and styles of foods, cool to watch the way the truck interacts with other local businesses. And also stressful — mostly for YD. There’s the not sleeping, the forgetting to eat, the my-dog-hates-me-because-I’m-gone-for-twelve hours. But mostly it’s just been awesome that we get to be a part of this.

That’s why even though I started writing about the experience of reading that article the very morning it came out, it felt too jarring to say anything at all. Because this show isn’t about me (or my husband); it’s about (and should be about) YD, his vision, and the people in Waco who are taking part in what he’s bringing to the community. It’s also really hard to talk about something like this without seeming angry at the two dudes. I’m not speaking out against them; I’m speaking out for myself. It’s hard to separate those once the Internet sucks something up. 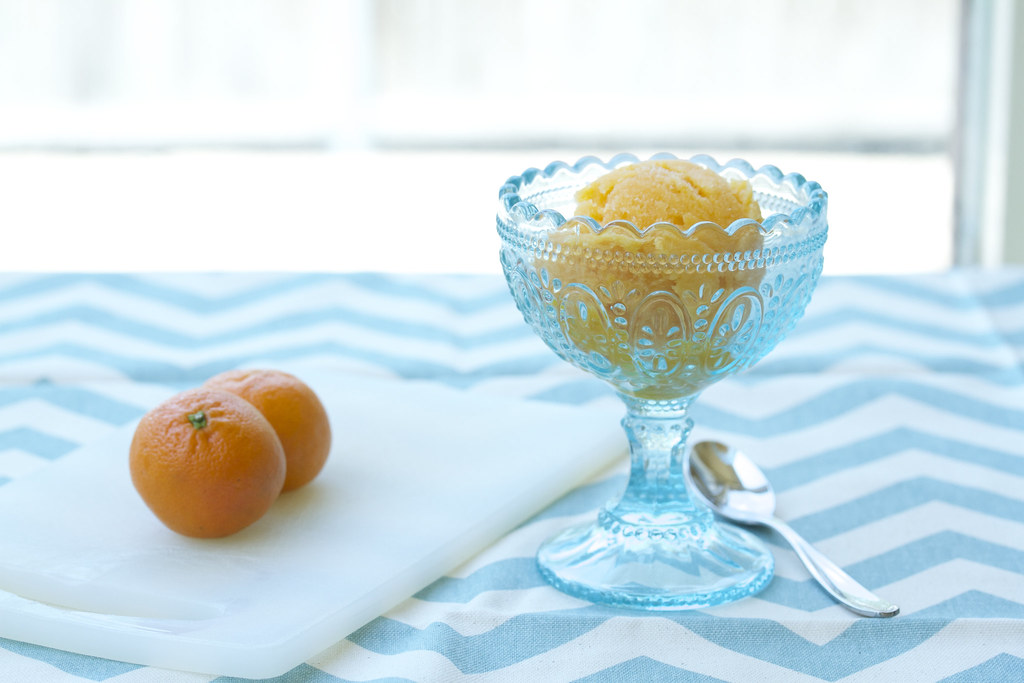 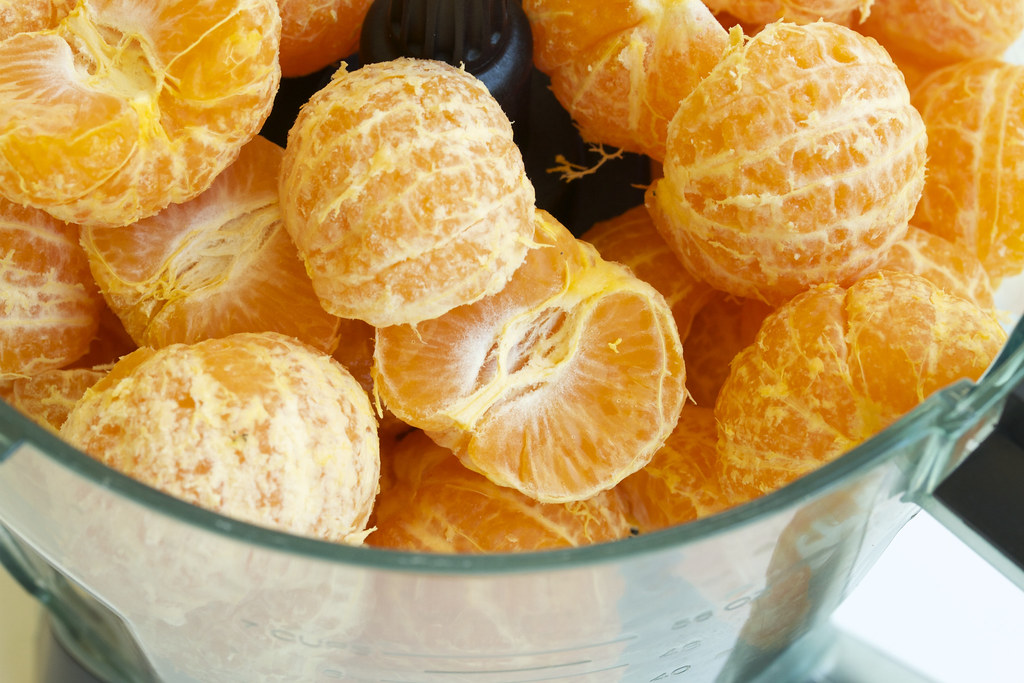 I’m glad I waited to publish the post. Seeing how upset I was, the next time a paper came to do interviews about the truck, YD made sure I was included (and gracefully I might add). Without shouting at all of Waco, I ended up getting the opportunity to explain that not only am I involved, but I’m also one pillar of a three-way partnership, not just a helper.

But part of me keeps asking why that article left me out in the first place, and that same part of me feels like it’s important to share my experience. Even if I don’t feel troubled by it or pressed to shout from the mountaintops, I think I need to share this for the sake of other women and girls here in town (and everywhere, really).

I don’t know why I was left out of the first article. Maybe it was just an honest mistake, or the reporter was rushed, or some other benign circumstance led to the story highlighting the two men involved and leaving out the one woman. But I kept coming back to the conclusion that our article was victim to a cultural assumption that men have money and invest and are partners, and women…do something else?

I keep thinking to myself, “Just let YD have his moment. Who cares if people in town know you’re involved?” But then I come back to the same answer: “There are other women doing work here in town, and there are little girls who are learning about what kind of role they can play in the world and in business, and I owe it to them to say: I’m here. I am playing a part in this business, and I’m proud of that.” 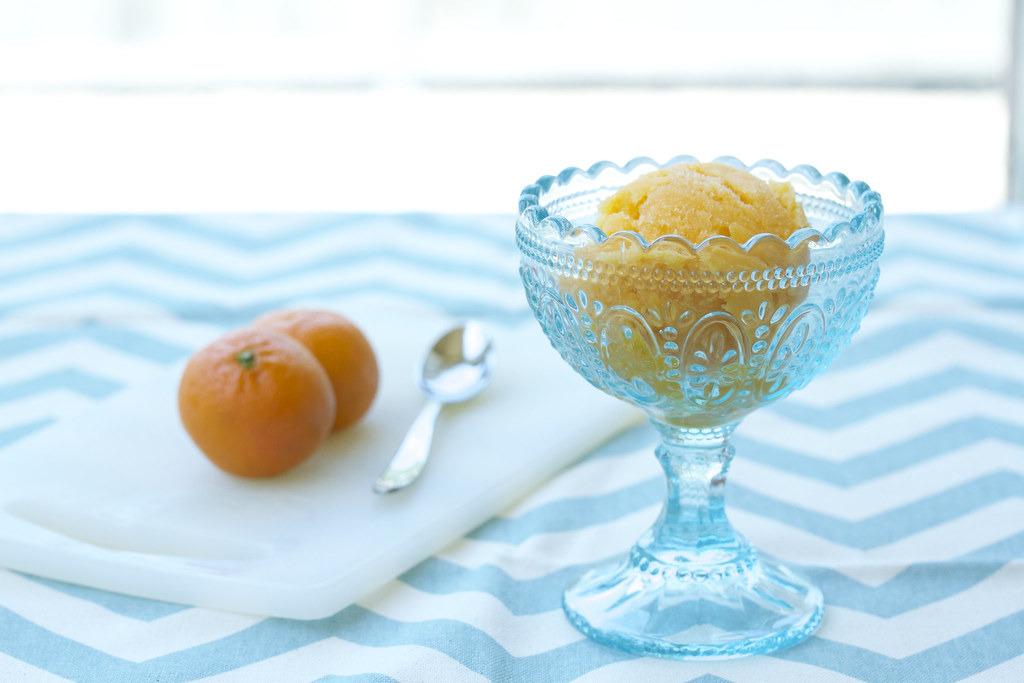 I felt unvalidated when I read the article, but within the circle of my friends and coworkers, I don’t need validation. On a small-scale, I’m surrounded by folks for whom gender isn’t part of their decision-making. On a larger scale? I’m not sure that’s the case. Last week at the market for example, I ordered eggs, realized I had $4 cash and not $5, asked my husband for a $5, and finished the transaction. The man working the booth never looked at me, and instead got my husband’s attention to say “Thank you for your business, sir.” It’s that kind of subtle overlooking that happens in wider cultural spaces and creeps under your skin almost unnoticed that I’m worried about.

So, instead of shouting angrily, I’m here to say, “this thing happens.” And I’m hoping that in sharing my experience, I can validate someone else’s. Oddly enough, instead of making me resentful towards my town, this whole experience has made me feel rooted. Like there is a place for me here, and I’m doing work that matters. Even if took me a few weeks, I ended up making lemonade out of lemons…or…um, a very Texan clementine sorbet out of clementines. 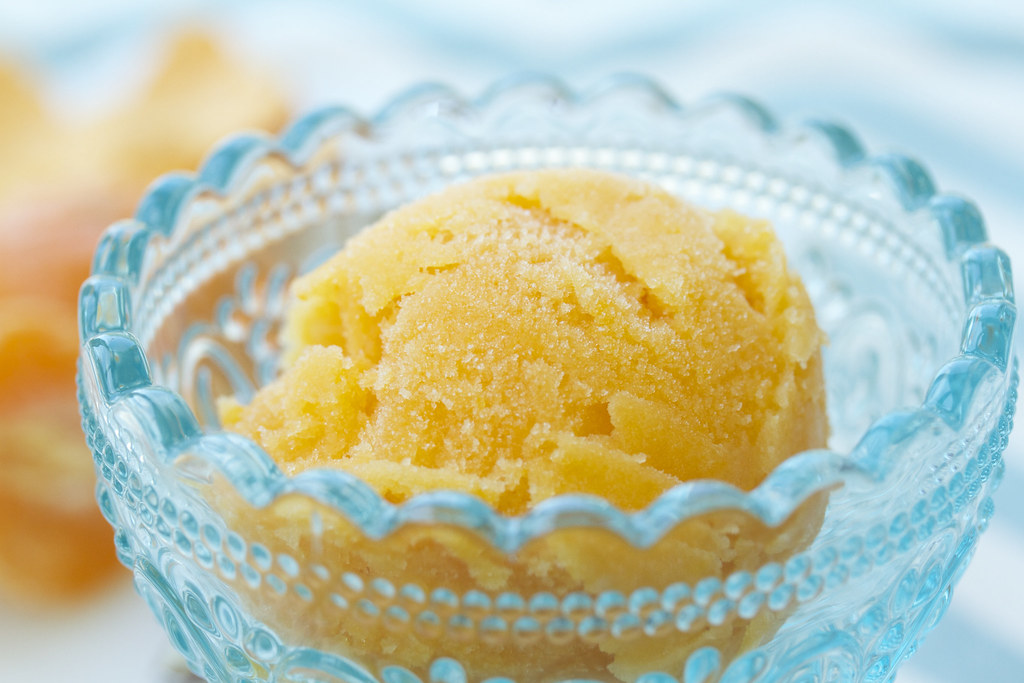 Clementines are a variety of mandarin oranges that are sweet, juicy, and easy to peel. Swap out your favorite variety of sweet oranges if you can’t find clementines in your area. You could even try this with canned clementines, but I recommend draining off the syrup first.

3. Churn in an ice cream maker according to manufacturer instructions. (I used a KitchenAid ice cream maker attachment bowl and churned for about 15 minutes). When thickened, transfer sorbet to a container, seal, and freeze until solid, about 4 hours.

Before serving, leave out of refrigerator for 10-15 minutes to slightly soften.