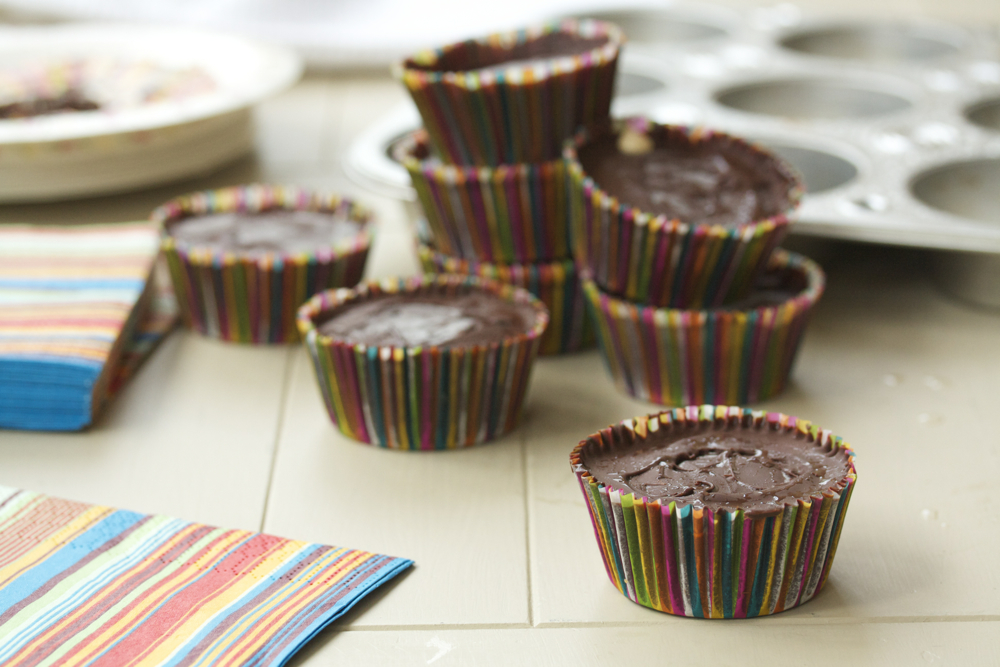 Once you do enough cooking at home, packaged foods can start to taste artificial to you. It’s always a little disappointing when you think you’re going to go indulge in a candy bar, only to find that instead of a ticket to heaven, you’re eating semi-digestible plastic. In short, once you start cooking fresh food, what used to be tempting becomes barely edible. Your perspective changes. 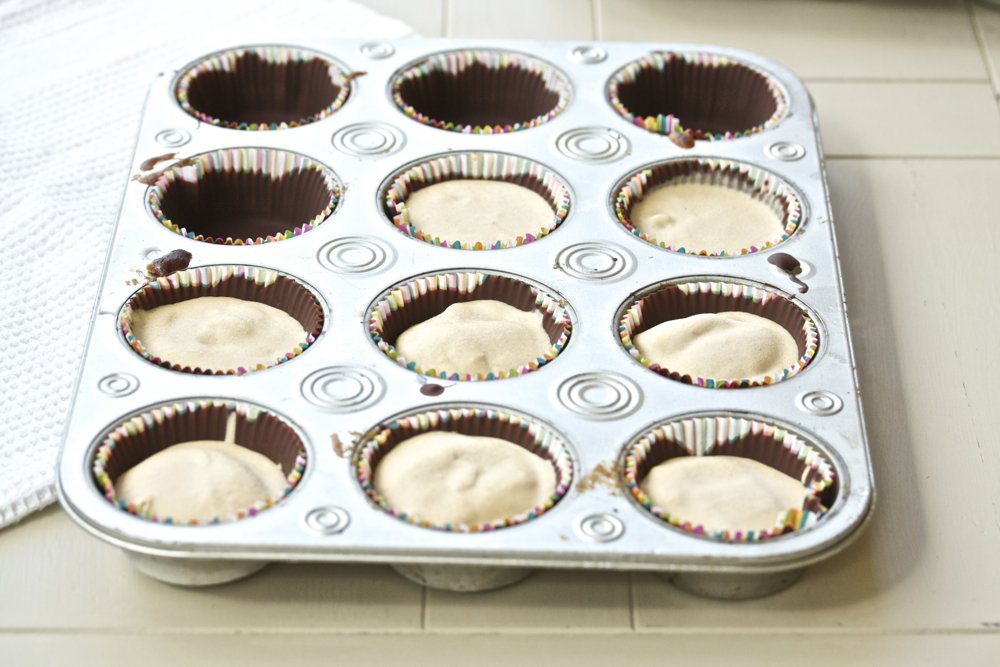 Poor Shorty. Whenever I surrender the kitchen (i.e., go out of town), my guy tries to live on the edge and eat packaged food like scalloped potatoes in a box, or frozen garlic toasts, or even (gasp!) a fried chicken bucket. Then he calls me in an outrage because, “It tastes like nothing!! Well…like filminess… What have you done??” He says I’ve ruined him for junk food. It’s not like he grew up with junky food (his mom is an amazing cook), so maybe I broke the habits he built up in college. 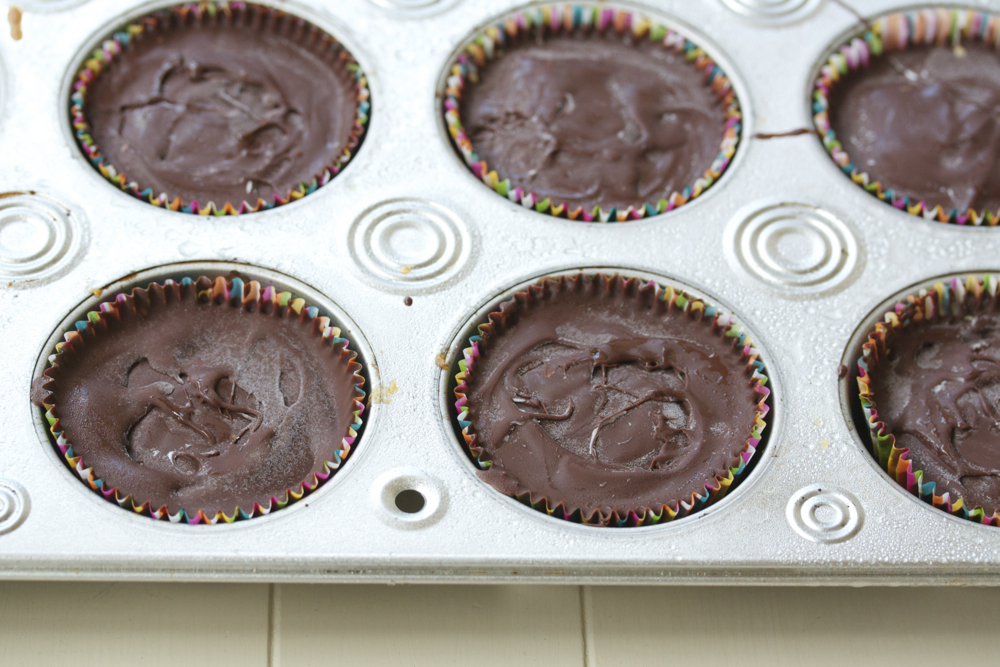 In a lot of arenas, that’s happened to me too. A lot of packaged foods have lost their appeal. Maybe part of that is growing up, but part of it is just getting used to the fresh food we’re so lucky to have access to.

But there is one packaged food that will never stop tasting like swimming through the happiest day of your life all condensed down into 5 seconds of confectionary nirvana — Reese’s Peanut Butter Cups. I don’t care how much hydrogenated such-and-such is holding them together. They are, in a word, otherworldly. 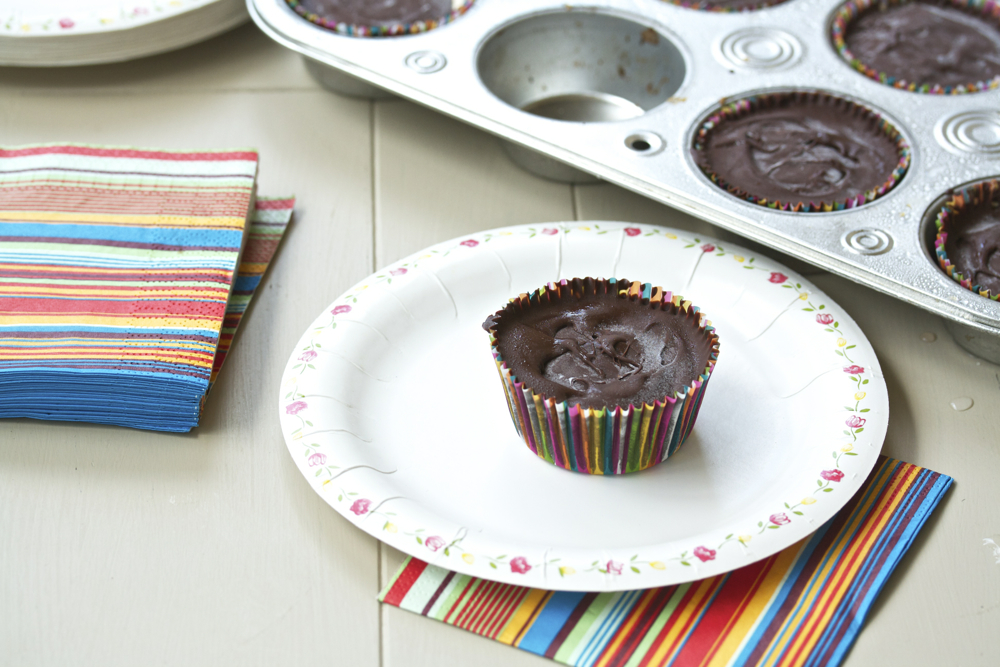 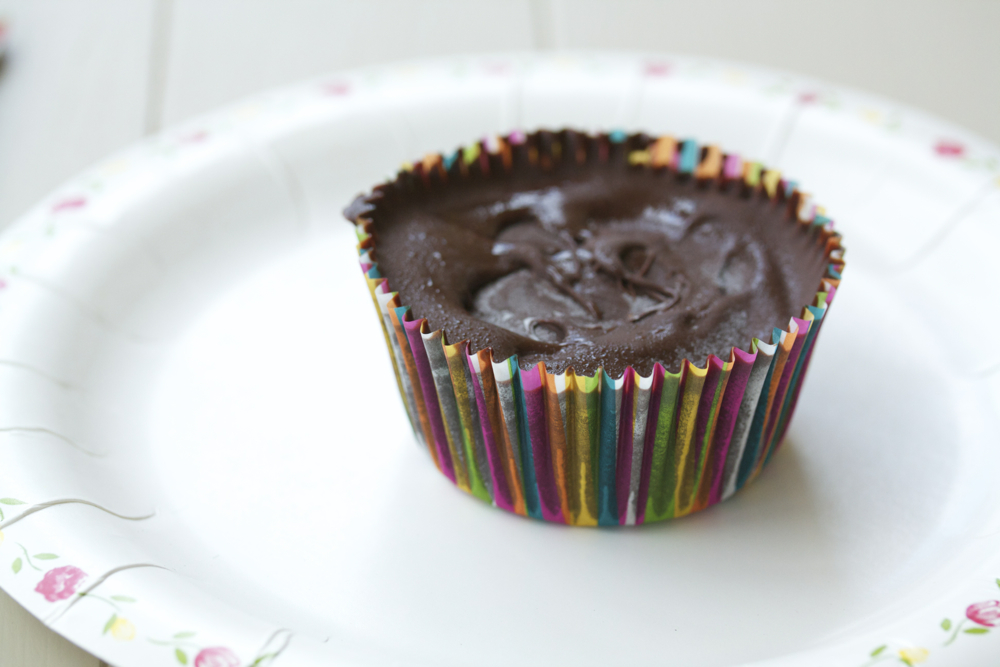 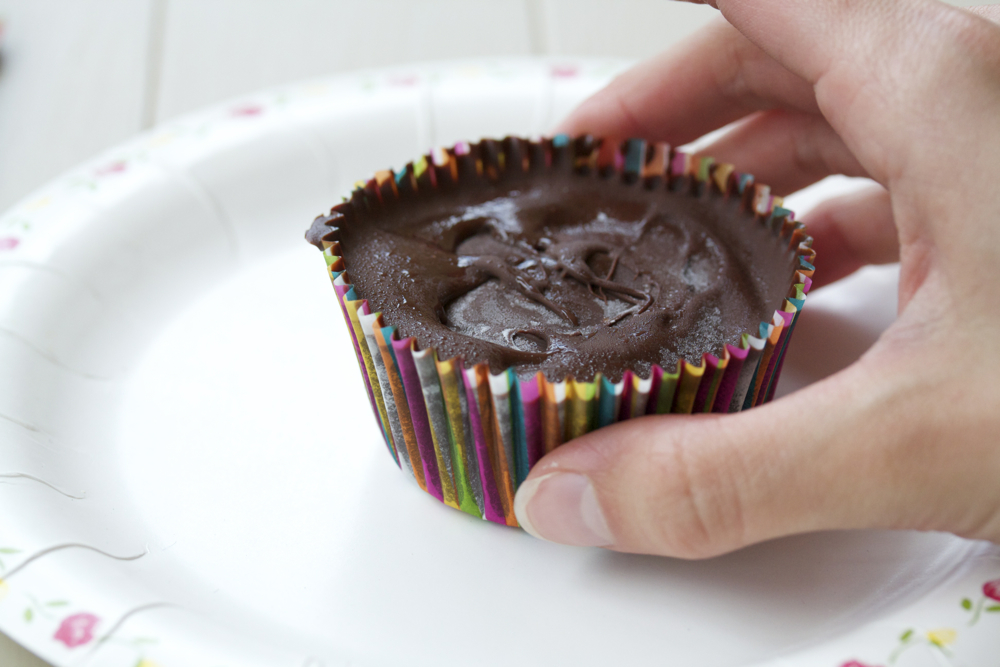 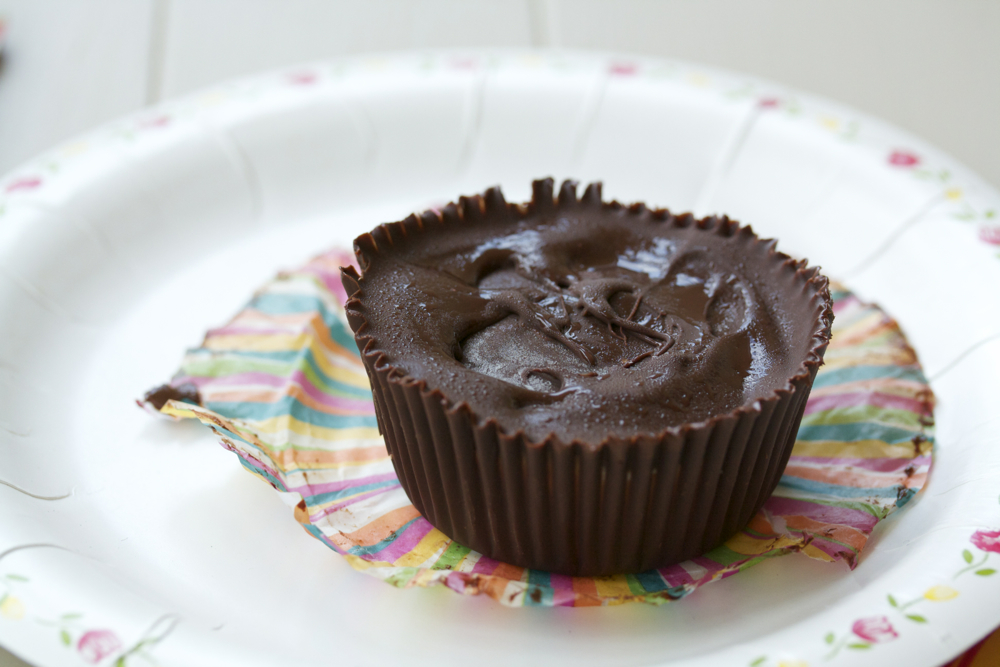 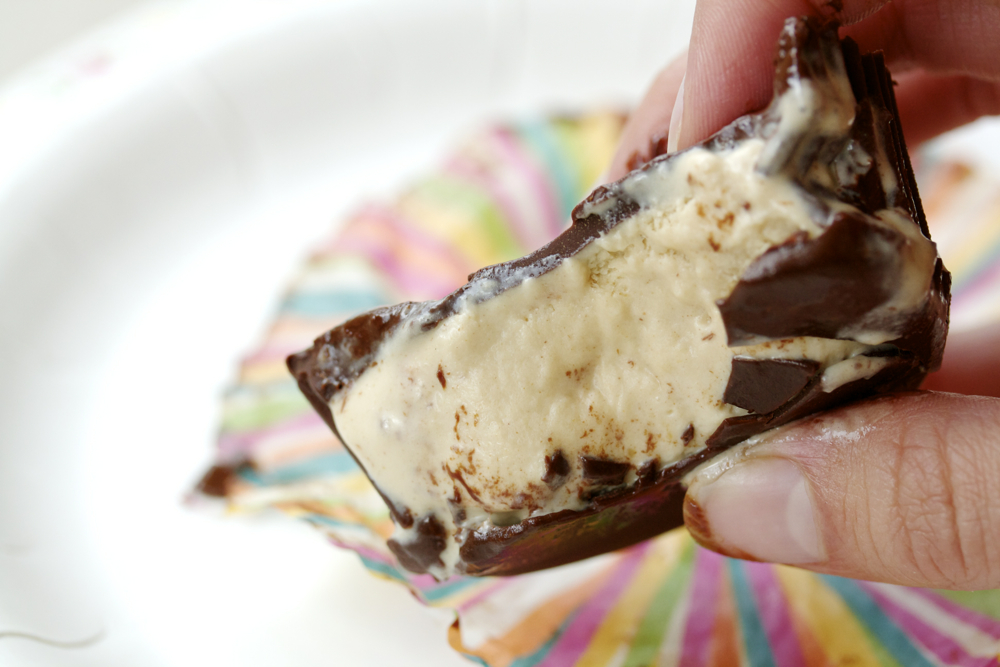 The ice cream recipe I used is another one from David Lebovitz. I changed a few things, swapping some sugar for honey, omitting salt and vanilla, and switching around the milk and cream situation. 🙂 This ice cream tastes SO peanut buttery, I ate a bunch by itself before I was all “Oh yeah, you need this ice cream for something…”

2. Churn ice cream according to manufacturer’s instructions. I churned mine in a KitchenAid ice cream bowl attachment for about 12 minutes. Chill in the freezer.

3. In a double boiler (or very carefully in the microwave, in 5 second intervals) melt chocolate and coconut oil until smooth. Remove from heat but leave in the double boiler.

filled with grapeseed oil, since I don’t really use Pam.

5. Pour ¾ – 1 Tablespoon of melted chocolate into a muffin cup. Pick up and rotate muffin cup so that chocolate runs up all the sides of the cup. Repeat for each cup. Place chocolate-lined muffin cups in freezer for 20 minutes.

6. Remove ice cream from freezer, which should be at a very thick milkshake-y consistency. If it’s not, wait longer. Using an ice cream scoop, scoop ¼ – ⅓ cup ice cream into each chocolate-lined muffin cup. When they’re all full, smooth the top of the ice cream flat, if it hasn’t already settled/melted that way. Return cups to freezer until ice cream is solid, anywhere from 30 minutes to several hours.

7. When ice cream is solid, check that your chocolate is still liquid. If not, very gently reheat it in a double boiler, stirring frequently so not to burn it. I suggest putting it in a new bowl, as the chocolate stuck near the edges of the bowl can begin to burn when you reheat it.

8. Pour about 1 Tablespoon of chocolate over the top of each cup, spreading it quickly, as it will freeze and harden.

9. Return peanut butter cups to the freezer until very solid, I say wait at least 4 hours. Once solid, you can store them all together in a plastic zippy bag.