Radishes and Butter: Back from Paris 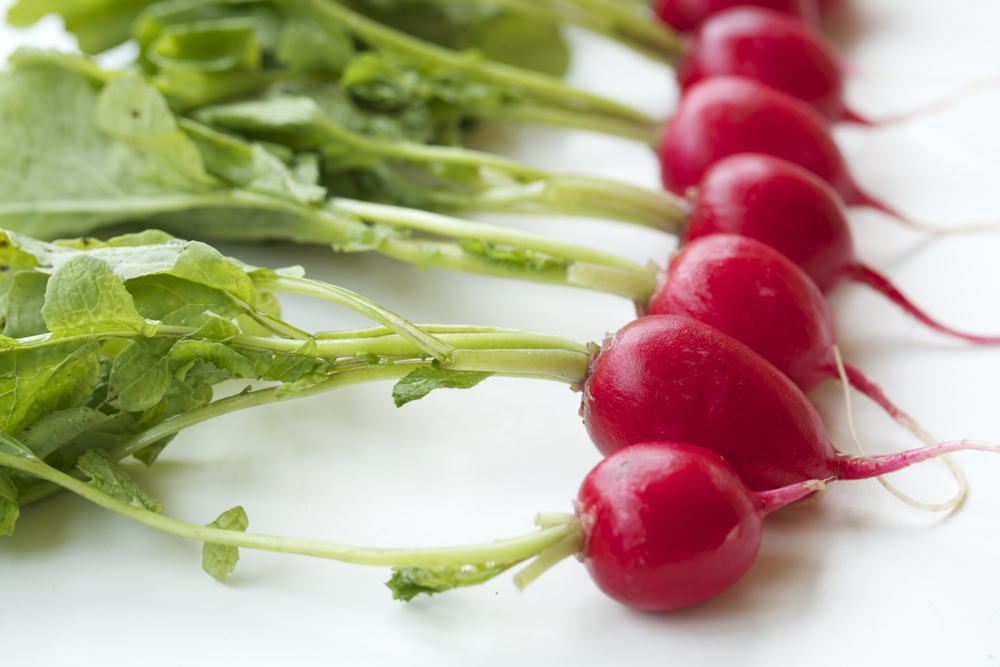 The French are onto something.

At home in Texas, even for a food blogger like me, food and eating and dining can come with a dose of anxiety. We’re all familiar with it. Restaurant menus advertise “lite” choices and lattés can be “skinny.” Eating a bagel for breakfast incurs twelve hours of carb guilt and people think about things like fruit sugars.

My husband and I just got back from two weeks in Switzerland and France, and even though we only spent four days in Paris, I learned a lot about Parisian relationships with food. 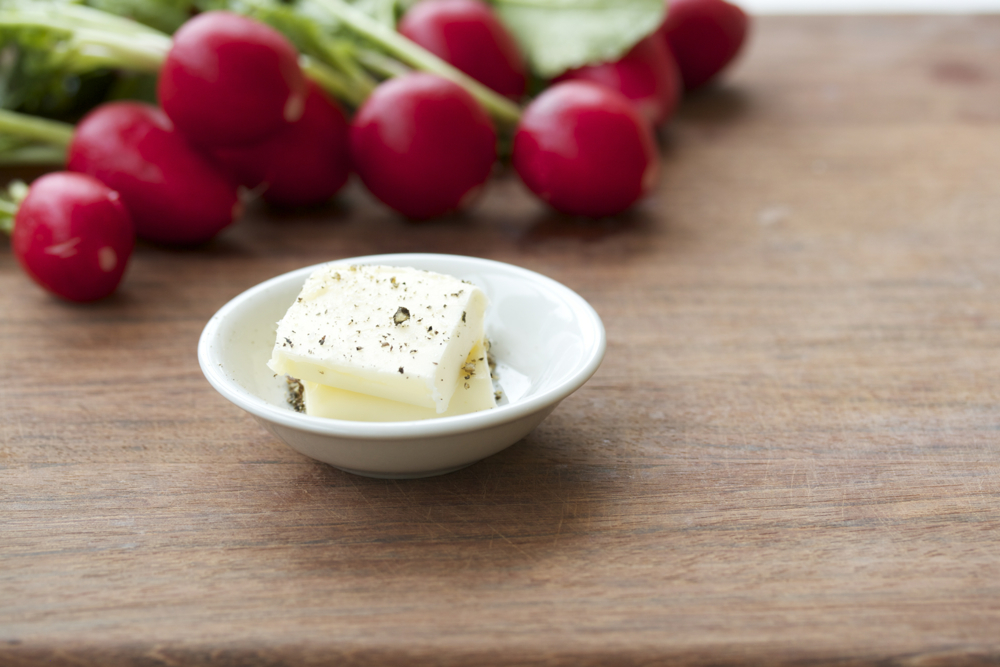 Standard French breakfast is a basket of croissants and sliced baguettes served with tabs of butter – salted (demi-sel) or unsalted (doux) – alongside orange juice and coffee. No muesli around. No rolled oats. No 0% fat Greek yogurt in sight.

There are warnings on the lunch menus that say “no ordering salads as a main course.” I mean they have a rule against it!!! These salads aren’t even that tiny! And I’m not fluent in French, but I don’t think I saw any brasserie menus advertising options meant to slim waistlines.

I ate more fatty, unctuous, often spreadable meats, more shamelessly undisguised butter, more white flour, and more cheese than I have in years, and until the last few days (when those extra glasses of pastis and calvados started catching up), I felt fine. You might even say I felt…better…? 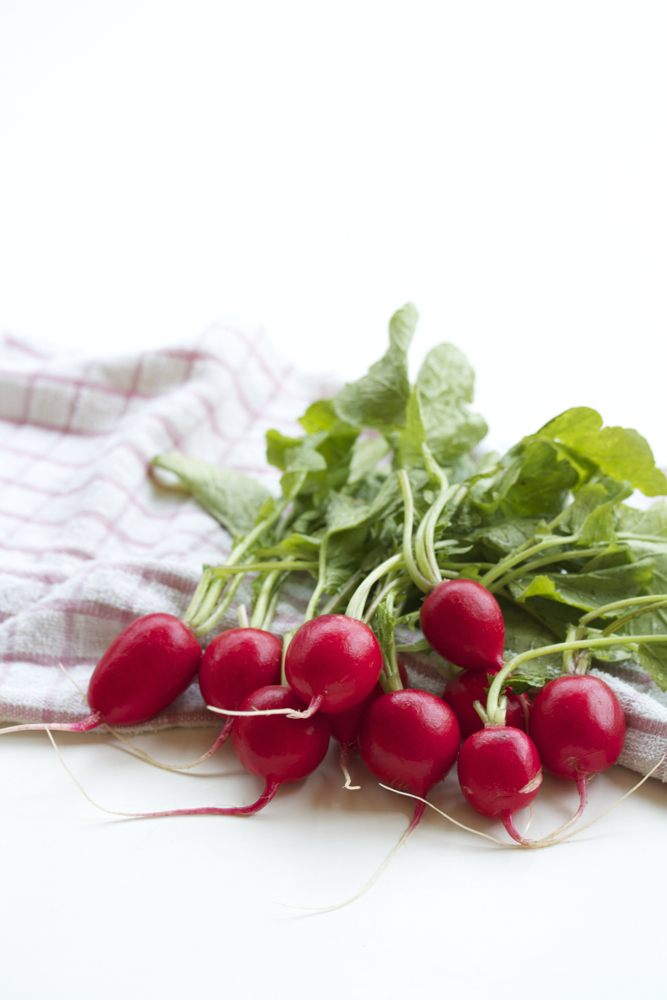 Of course, I only spent a few days in the City of Lights, but it was long enough to get me thinking about the ways different cultures relate to food. One of the Paris guidebooks I brought along shared this insight into the French and their food: that they think any worries about calories and dieting can all be solved by eating three balanced meals a day. And from my limited experience I might add that they’re not shy about a piece of chocolate for elevensies and an afternoon pastry either.

I can only guess what the guidebook meant by “balanced,” but I think it has to do with a mixture of fresh vegetables, some kind of fat or protein (meat, fish, butter, cheese, foie gras, you name it), and bread. All the bread. “Balanced” also seems to imply manageable portion sizes. Let’s just say the plates aren’t the size of a stop sign. But I don’t really care what they mean by “balanced.” I’m on board. 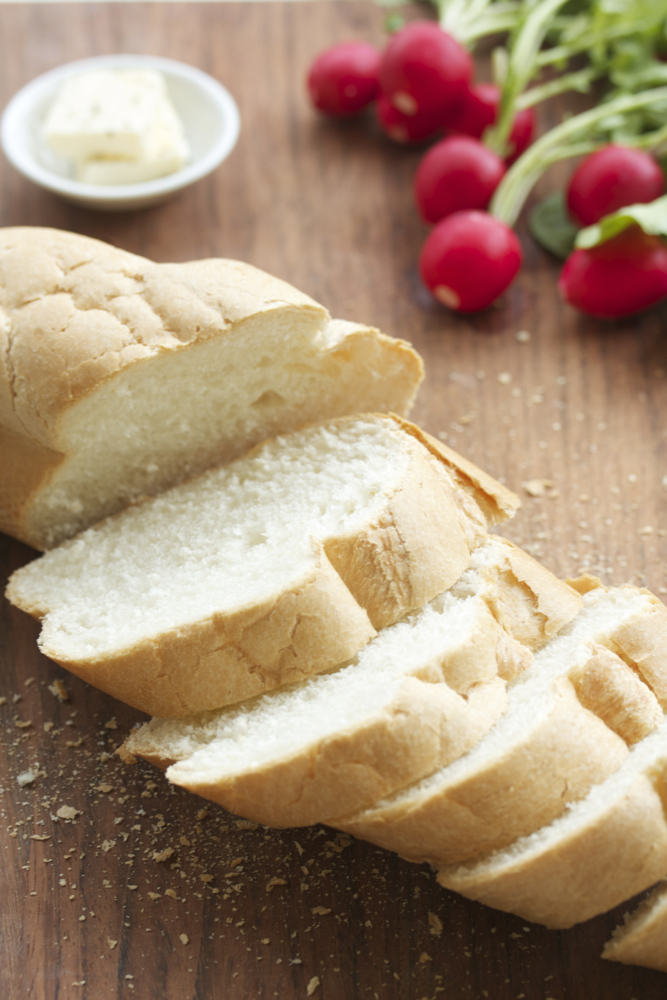 On our first day in Paris (after a couple hours of train rides from Sion, Switzerland, a lively cab ride to our hotel, and a walk through the 6th arrondissement), we had lunch with a food blogger friend. I was so excited to meet Darya, as I had only known her from her blog Tortore. It’s always fun to meet the equally food-obsessed and connect faces with blogs. Plus, Darya is very familiar with Paris, and she gave us AMAZING recommendations.

For our lunch together, we ended up at Terroir Parisien. The restaurant is one of several owned by food icon Yannick Alleno. With so many types of food converging in Paris, this restaurant focuses on historically Parisian cuisine. The entire meal had this rustic and yet detailed quality – the kind of meal I’ll still remember if I make it to retirement. And it was so . . . simple. It embodied that “balanced diet” idea I was getting at. The portions were modest, but plenty indulgent. They contrasted decadent delicacies with fresh, crisp produce.

Take the starter I had, for example: Radis beurre et pain grillé. It’s just what it sounds like – radishes with butter and toast. As the first course arrived, the server placed two bowls in front of me, one filled to the brim with fresh radishes, stems and all, the other empty. He slid a tiny dish of sweet butter sprinkled with salt and pepper to the side of these bowls, and I waited for my toast. I asked Darya what I was supposed to do, and she instructed me: Take a bite of radish, then take a bite of buttered toast, then toss the stems in the empty bowl.

I know! Too easy! But something about the crispy spiciness of the radishes – their wateriness bursting as you crunch into them – mixed with the silkiest of butters and crackly toast (the kind that showers your shirtfront with crumbs) . . . I was smitten.

When I got home I tried it out again, just to be sure, and I can confirm that radishes and butter makes a satisfying snack. Darya told me she would eat it for breakfast, even if the typical petit dejeuner is all jam and butter and baguettes. I’ll try that tomorrow.

1. Serve the radishes in a large bowl allowing the stems to act like a handle. Provide another bowl for the discarded stems.

2. Toast the bread to your liking. A gentle warming in the oven was all I wanted, but you could slice the bread and toast it on each side until browned.

3. To enjoy this snack/breakfast, spread some butter on the bread, take a chomp of radish, then take a bite of toast while you’re still working on the radish. Toss the stems in the extra bowl. Pure French bliss. 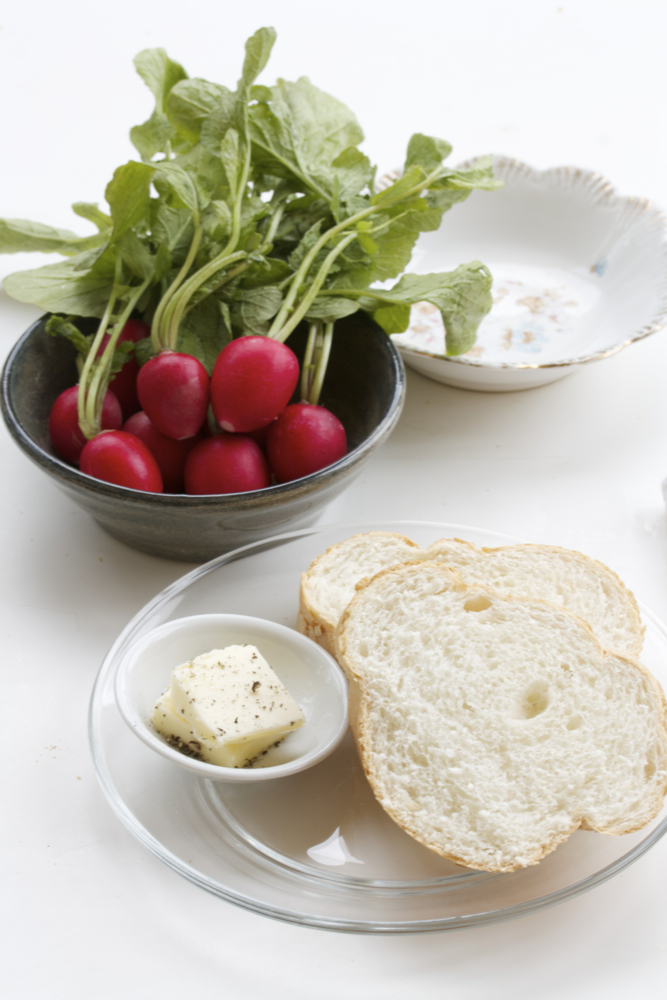 Correction: An earlier version of this post said that Darya told me the French eat radishes for breakfast. Turns out, I was just tired, and we drank too much wine for lunch, and no one can be sure if we talked about that. This mistake ended well, though, since I tried radishes for breakfast and declared it superieur.