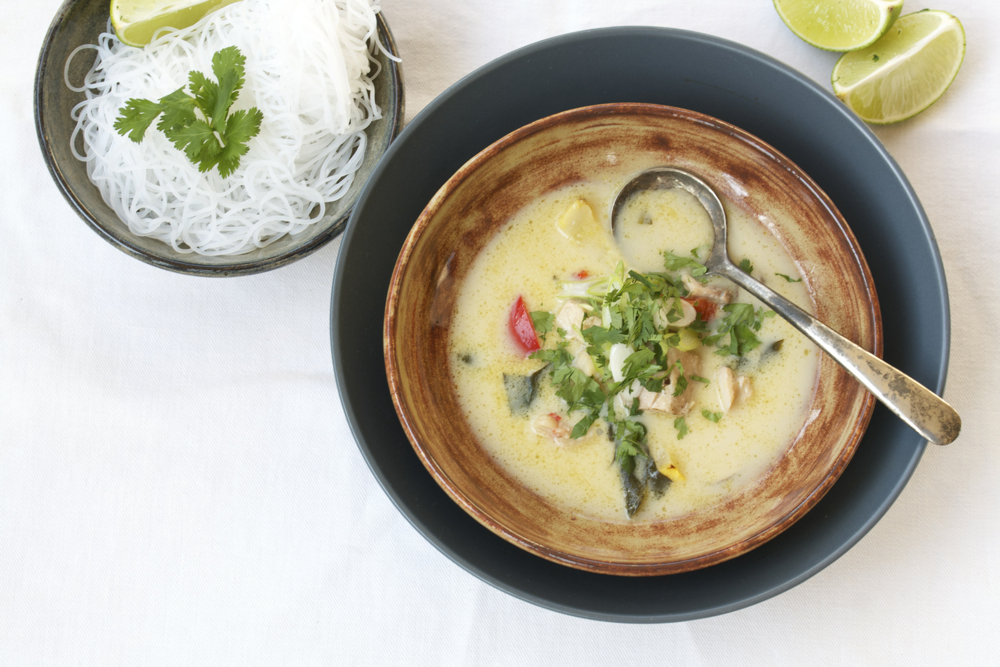 With a greased bar towel I gripped a tiny soup pot in one hand and a kitchen spoon in the other. My hiking sneakers were ill-adapted for the kitchen, and I slipped on the tiles, maneuvering across the pass-through and ducking beneath another cook’s arms. Elbowing my way down the line, I found the lime-fish and added it to the chowder in the soup pot. I dipped in the spoon to taste it for the proper balance of cloudy coconut and sharp lime.

Ignoring a server asking about pea soup, I darted back into the pass-through, grabbing a sprig of cilantro on the way, where I poured the chowder into a low bowl. I piled the fish and vegetables in a mound in the middle – creating height, as I’d been taught – and poured the broth around it in a slow drizzle, stopping before the soup rose to the lip of the bowl. As I wiped a few drops away with a towel, I heard the top of my wrist singe on the heat lamp.

The chef shouted words of approval from the grill, “Aye Randle, I like to see you looking firey,” (in Belfast, that means, nice job hustling) as I finished the chowder with the cilantro sprig and ran for the pea soup. 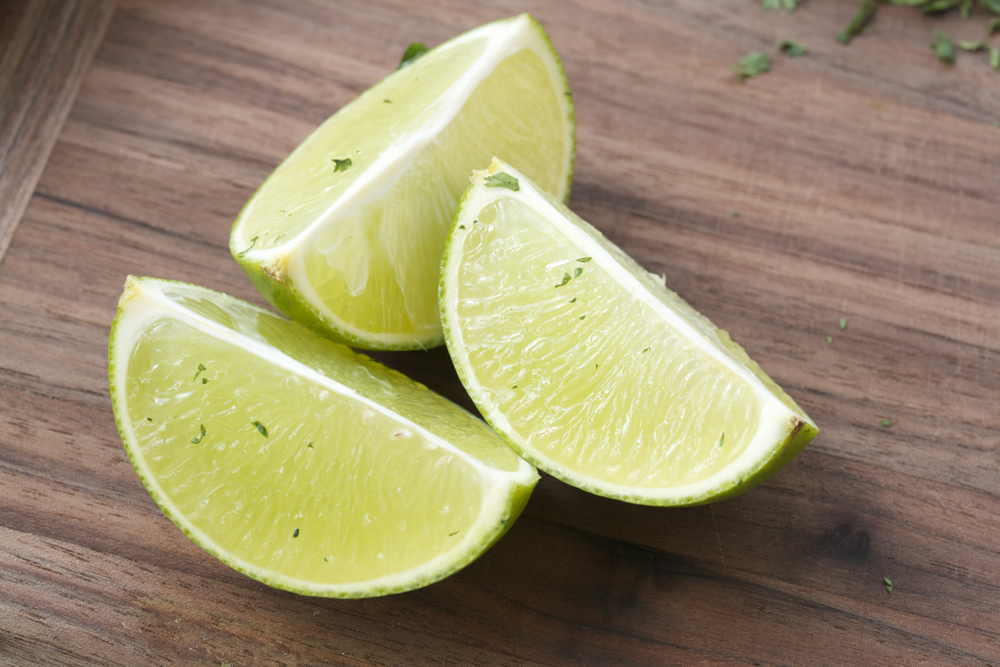 That scene happened dozens of times a night in my short stint working in a kitchen in Belfast. After graduating from college with a degree in English, I was finally getting the courage up to test out my secret dream of working in a kitchen. Since I was only there for months (not years), I ended up in the starters section, the usual fate for rookies and new members of the kitchen staff. But even if soup was at the bottom of the kitchen totem pole, I was really proud of that soup. I had made it! In a professional kitchen! With no training besides my haphazard after-hours cooking in college.

I didn’t stay on soups the whole time I was there, but I still remember that first night when I was *finally* up to kitchen speed. You’re never fast enough when it’s busy, of course, but after that first shift of heating and serving soups with my whole being, as if I had no other purpose than to bring broths almost to the boil and transport them to serving dishes — I was hooked on that feeling you could get when working with a whole kitchen. Like it’s a big lumbering machine working to balance the art of cooking with the efficiency needed to make it all run. 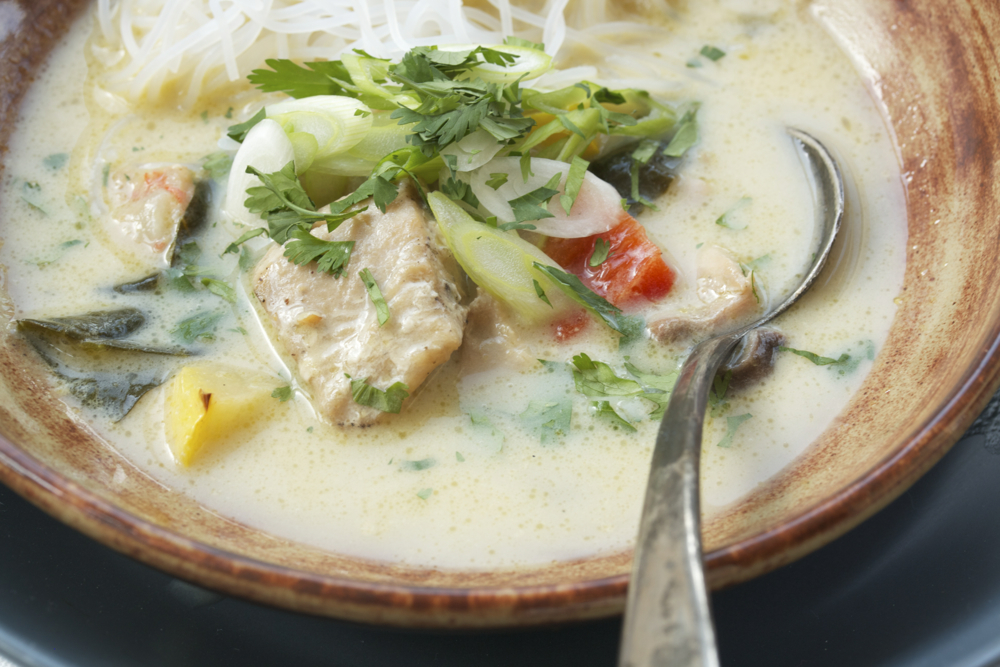 The soup I was making that night was a coconut galangal (or blue ginger) chowder regularly on the menu. Early in the day, we’d reduce the spices and broth, strain it, and stir in coconut milk. During service, we’d heat ladlefuls of soup, adding fresh seafood, tomatoes, thin-sliced mushrooms, cabbage, paper-thin slices of hot peppers, and a glug of lime juice and fish sauce at the last moment. 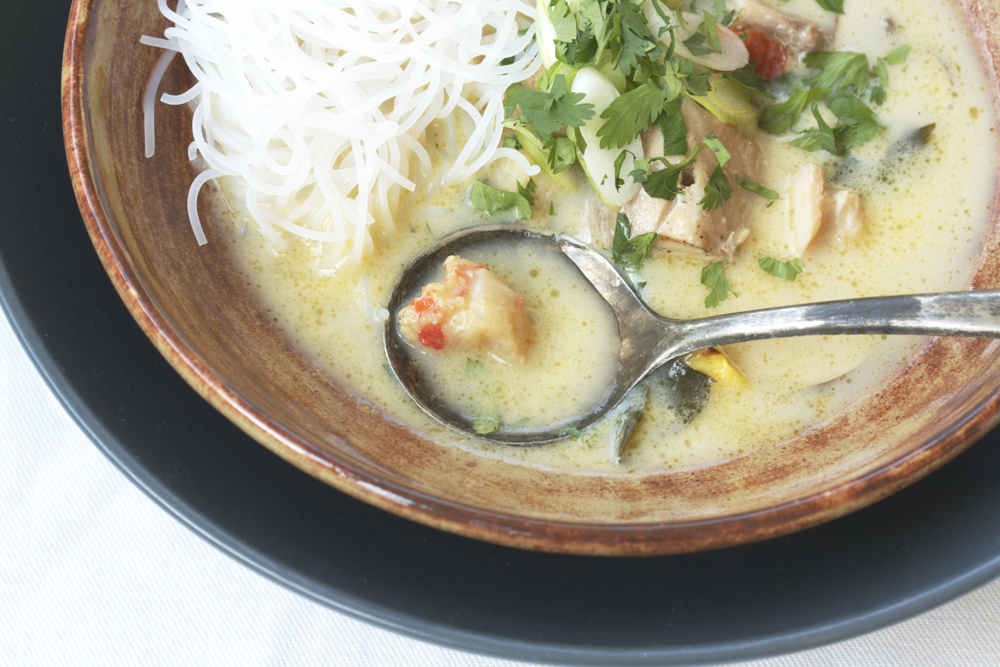 By the end of my stay in the Belfast kitchen, that soup was as familiar to me as Texas chili. But as you can imagine after months of tasting it for seasoning, I could have gone a while without cooking it again.

A couple weeks ago, a friend and coworker asked for a soup recipe that is broth-based, adaptable, and doesn’t take ten years to cook. I decided it was time to revive the chowder.

This coconut ginger chowder doesn’t take too long to cook because you make the broth by tossing lots of spices into a food processor and reducing them with chicken stock (no precision-chopping necessary), and it doesn’t need to stew for hours. It’s also very “leftovers friendly” in that you can add almost anything to the broth. The recipe calls for tomatoes, mushrooms, cabbage, cilantro, and seafood, but you could add beans, chicken, spinach, bell peppers, pork, eggplant — anything you want!

My advice is to make a big batch of broth, freeze a couple servings, then use the broth as a base for soups throughout the week, changing it up based on what you already have in your fridge.

I’ve swapped the galangal (a spice in the ginger family) for regular old ginger, because I’ve never once seen galangal available in a grocery store here!!

This one’s for you, Dee! 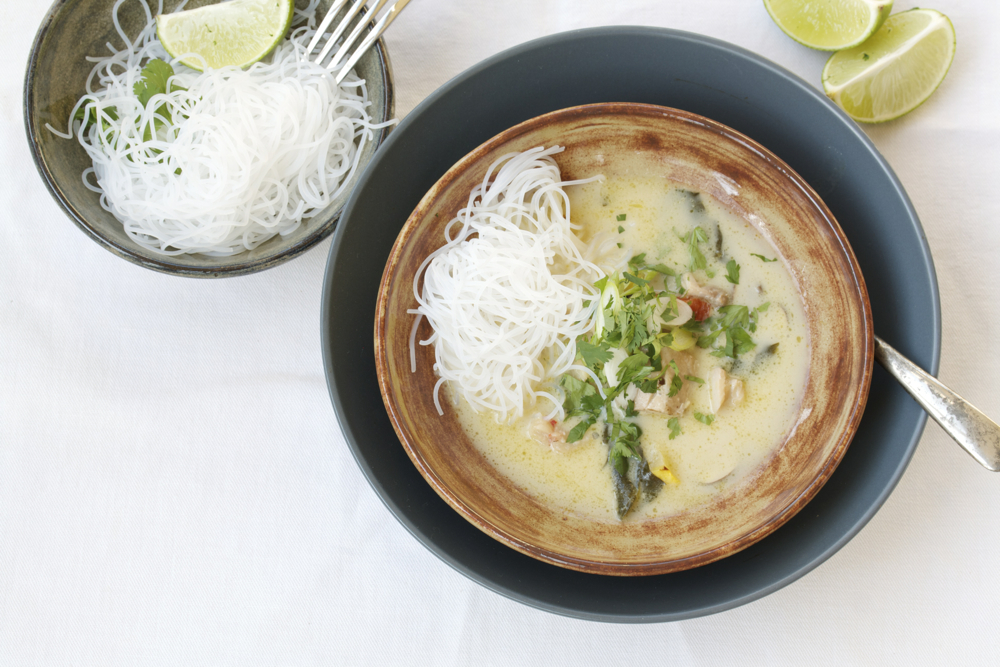 1. Roughly chop shallots, ginger, garlic, cilantro (including stalks), and lemongrass. 1-inch pieces is fine. Add all to a food processor and blitz until nearly puréed. We’ll call this concoction your “aromatics.”* In a large, heavy-bottom pot (a Dutch oven works well here), heat cooking oil to medium/medium-high heat. Sauté the aromatics for 5 – 7 minutes, or until it begins to sweat and soften but not brown.

2. Add chicken stock to the pot, along with those pesky peppercorns, and reduce by ⅓, about 20 minutes. You should see a line on the side of the pot go down about ⅓, so that the soup is ⅔ the volume it started out as. If you’re looking for a stronger, more pungent flavor, by all means — reduce that soup by half. Keep in mind that you’ll have less soup at the end though.

3. Let soup cool slightly and pour through a fine mesh sieve into a large heat-proof bowl, pressing the aromatics against the side of the colander to get each drop of soup out. Stir in brown sugar/agave. Stir in coconut milk. (Discard aromatics.)

STOP! At this point, if you’d like to save some soup for later in the week, pour the broth into containers and freeze. Continue with the broth you would like to prepare right now.

Rinse out pot to remove any residue, and add broth back to the pot and bring to a very low simmer.

5. Chop the vegetables and/or fish to add to your broth. (If you reserved some broth for later, reserve some of these veggies too!!) If you want to improvise with other variations, here’s where you should start making changes. I tried grilled yellow squash and red bell peppers, and spinach, plus shrimp and cod. When the soup is at a low simmer add toppings, removing from heat the moment the seafood is cooked through, usually 3 minutes or less. Pour in lime-fish to taste.** Taste for salt.

SERVE in wide bowls with extra lime-fish on the side, a big twirl of rice noodles in each bowl, and a some chopped cilantro and scallion, for garnish.

* IF you don’t have a fine mesh sieve or chinois, don’t blitz up your aromatics to a microscopic size. You want your colander/strainer to be able to catch them. 🙂

** I like a lot of lime-fish sauce, and sometimes add more than ¼ cup. However, I recommend you start with 2 Tablespoons and go from there. Have you smelled the fish sauce? It has a strong flavor.

Uh, PS – What other veggies, legumes, or proteins would you add to this soup? Got a different version in mind? 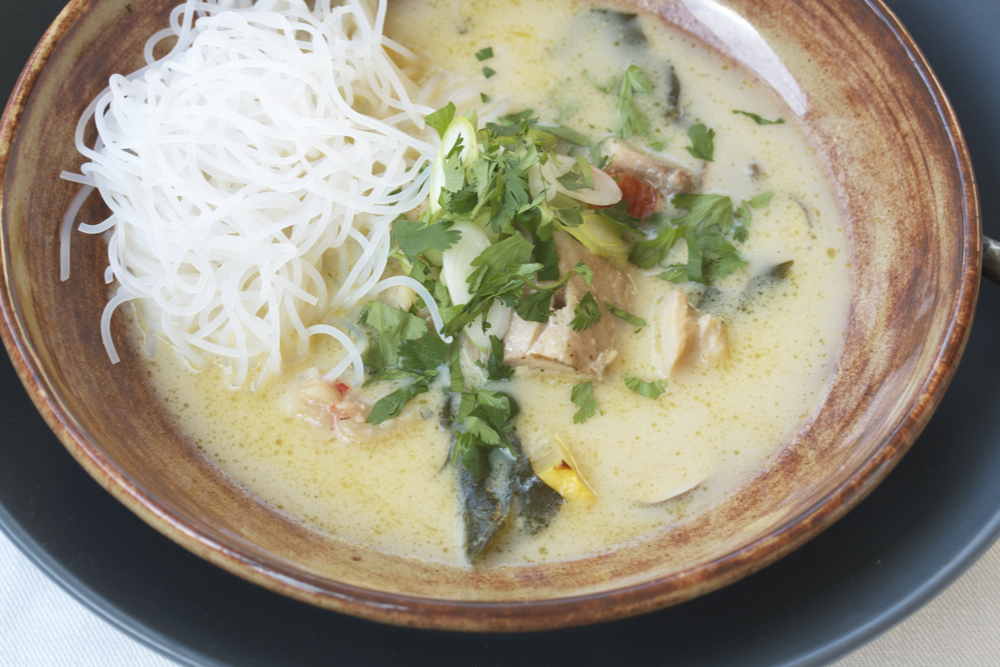 ← Radishes and Butter: Back from Paris
Banana Cake with Lemon Cream Cheese Icing →