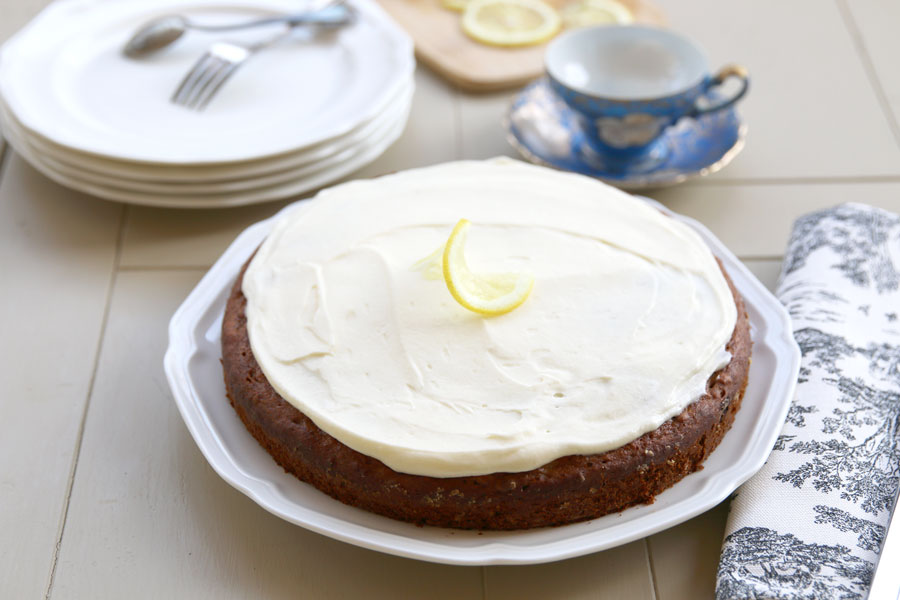 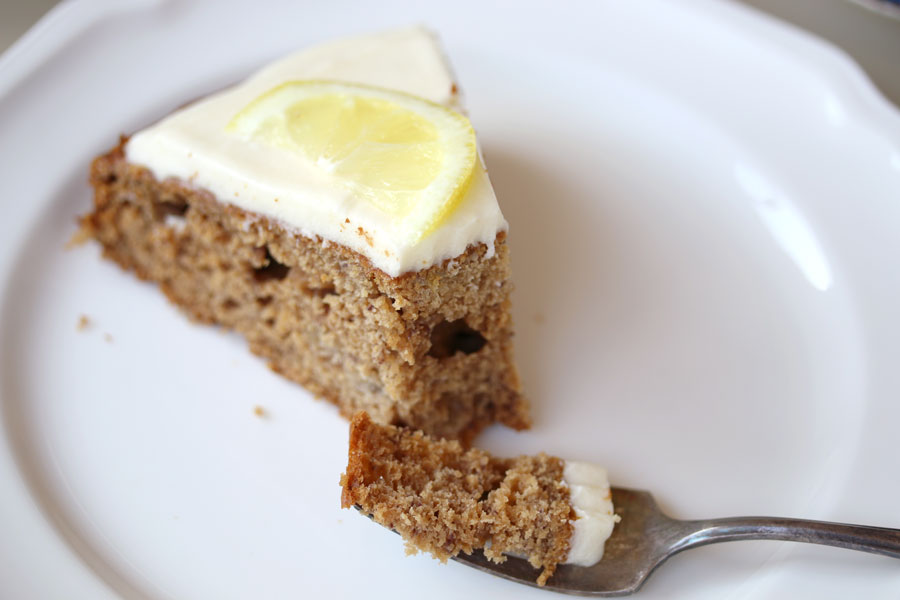 It is time for a cake.

Funny isn’t it? That cake day also happens to be Monday? 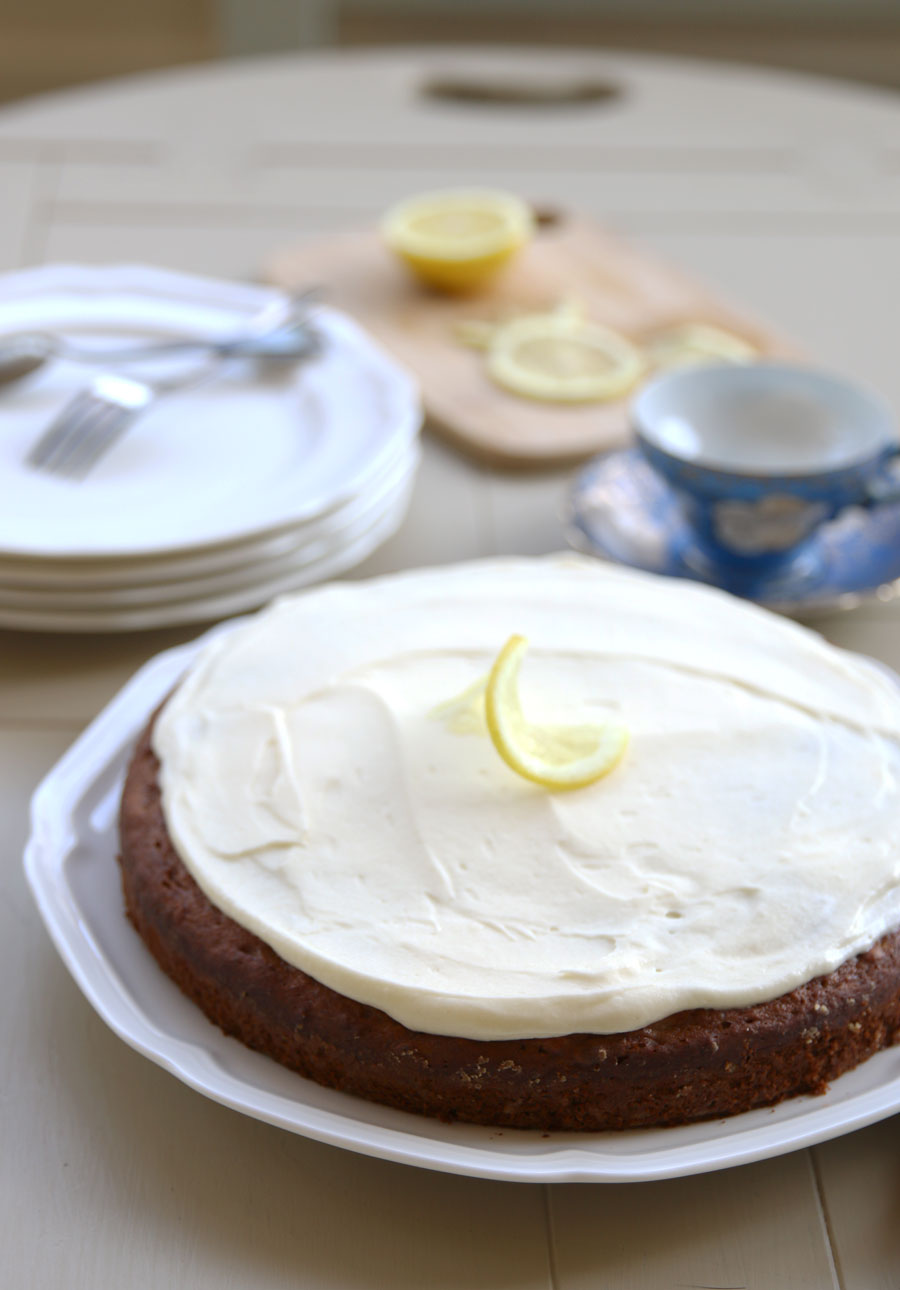 I had tomato sauce to talk about, but cake (as cake does) pushed itself to the front of my mind and refused to make room for anything else.

Besides, I thought it a good time (after all that talk last week about finding pleasure instead of anxiety in food) for me to remember that a slice of cake isn’t actually sinful, and do a little indulging myself. 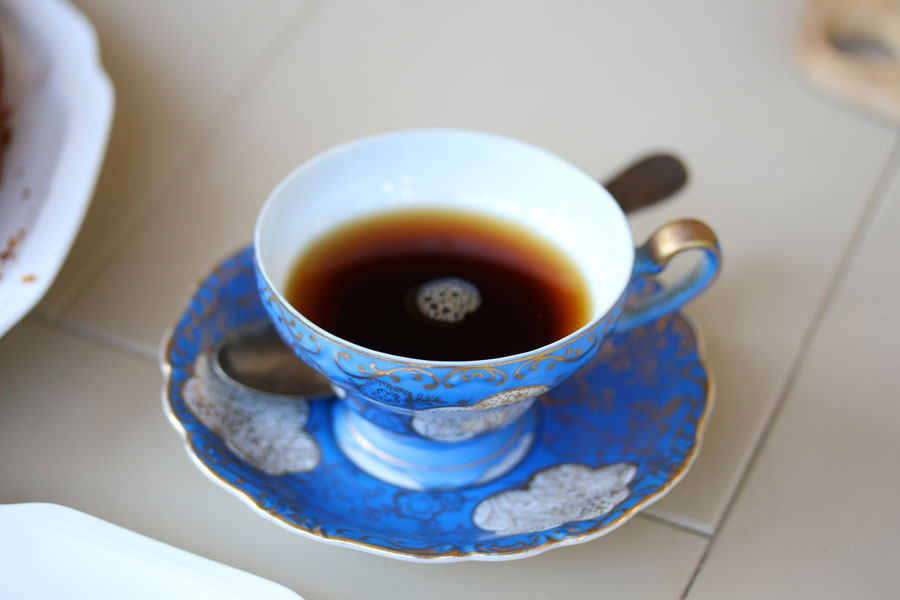 I know it’s the middle of summer, and no one is making spice cakes with cream cheese, but the bananas were languishing on the counter, the block of cream cheese was calling me, and I had a craving.

Poll: would you call this cream cheese concoction frosting or icing? Is it regional? I grew up saying that you iced a cake, but now I read about frosting a cake, and some people say that icing and frosting are two different things! Educate this Texan. 🙂 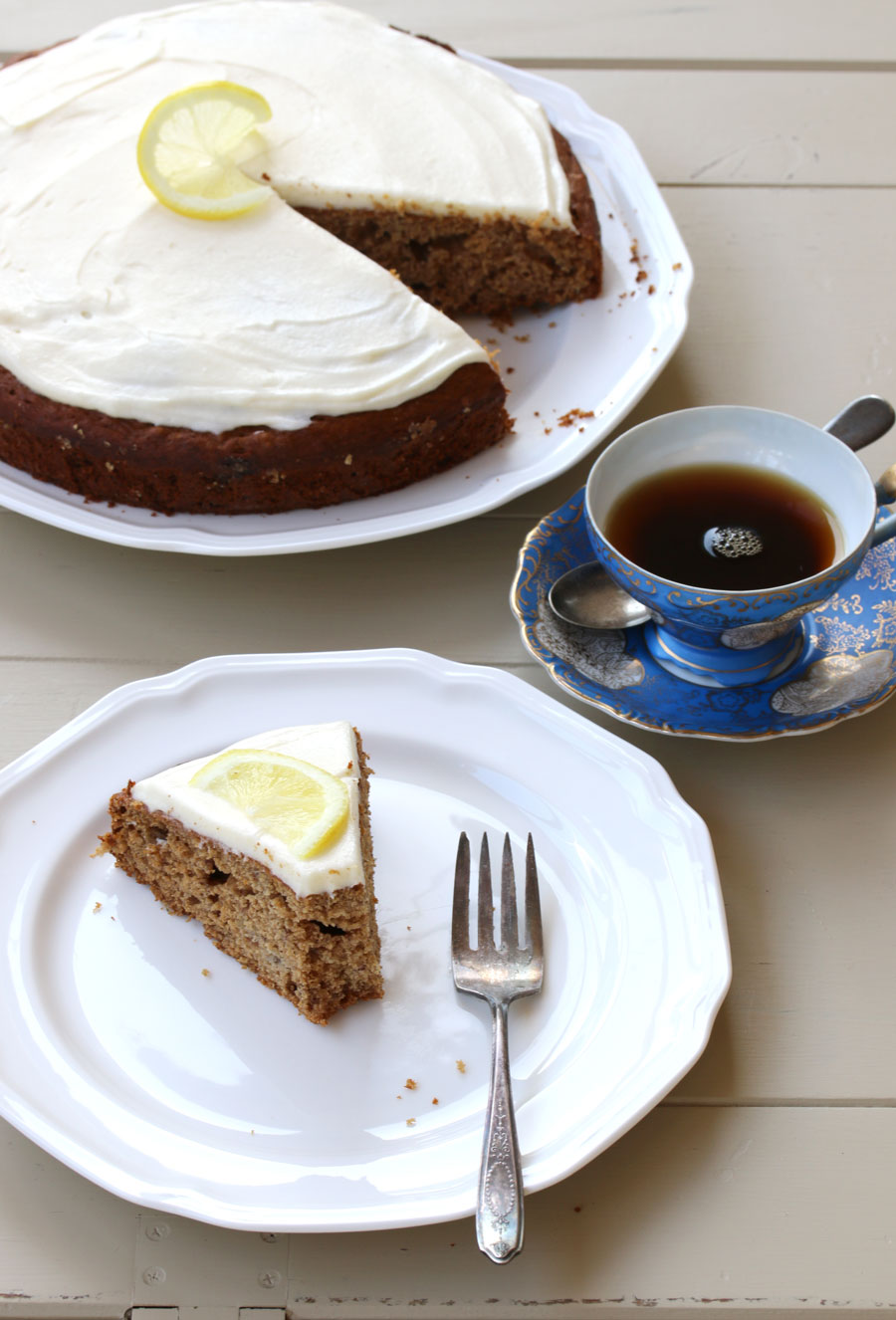 This banana cake recipe comes from the classic Fannie Farmer Cookbook. It was new to me in that it is really a yellow cake with banana and not a soft, dense banana bread masquerading as cake. Of course I made a few tweaks, swapping out the 1 ½ cups of white sugar for ½ cup agave syrup, for example.

The banana flavor in this cake isn’t overpowering, and adding a bit of lemon to the frosting brightens it up just enough for a July breakfast (a very early breakfast, at 6:30 in the morning, before the sun has burnt us all to a crisp).

Oven at 350 F. Prepare a 9-inch cake pan by lining the bottom with parchment paper and greasing and flouring the sides of the pan.

1. In the bowl of a stand mixer, beat butter until fluffy. Add agave and beat until light and fluffy. Add eggs, banana, and vanilla, and beat to combine.

3. Pour batter into pan and spread into an even layer. Bake 35-45 minutes, until a toothpick inserted in the center comes out clean. Let cool completely.

4. To make icing, whip cream cheese, butter, and lemon juice until combined. Then add powdered sugar in two batches, whipping until fluffy. Spread on cooled cake and serve immediately. Store in the refrigerator.

Leave a Reply to The Funkypath by M Cancel reply