In high school, after the tea and buttered bread phase, which was weird enough, I entered the cereal phase. The cereal phase knew no reason. 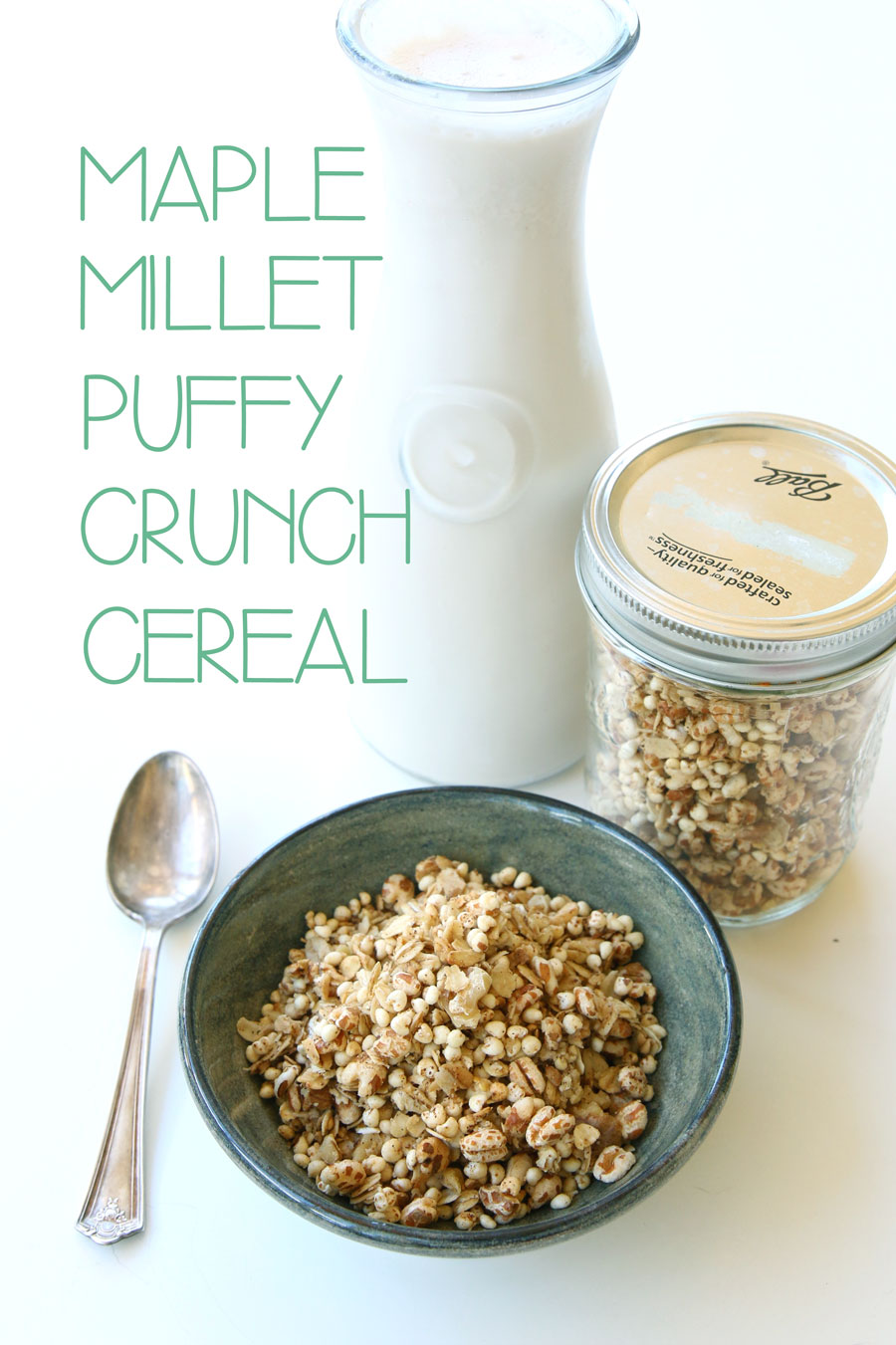 Let me set the scene.

There’s a cold, sweaty smell in the air, and the hum of thousands of fluorescent lights makes a low drumming beneath the still sweatier chuckles of fifteen-year-old boys and the creaking of chilly, eraser-smudged school desks. A long, metallic tone thrums near the ceiling – in 2004, that’s what the school bell sounds like – and I leap up.

Tossing a camouflage messenger bag over my shoulder, I buckle down and dodge and shuffle my way to the bus bays and try not to look at anyone until the old yellow monstrosity squeaks up to the corner of Woodwind Lakes and Ensemble (real street names).

Only one thing can make high school more bearable at this moment, and that thing is breakfast cereal. Lots and lots of breakfast cereal. So I fast walk home, my neck prickling as even more sweat forms on my brow (it’s hot in Houston).

Getting inside, I crank down the AC to about 65 (sorry, Mama, never told you about that), turn on all the fans, change into heatwave-appropriate clothes, and stand on my bed with my face near the air vent. When I’m cool enough, the cereal happens.

Do you remember being in high school and having infinite hunger? Someone asked if you were hungry, and the answer was always, “I could eat”? Maybe that was just me.

Anyway, I could eat cereal. I’d stand on the cool (if sticky) tile of the kitchen and pour bowl after bowl of Special K with Red Berries (I know!!! What an odd choice!) into the brown ceramic bowls that stocked our cupboards. I couldn’t finish the family size box in one go, but I could eeeaaasillyyy polish off the regular box in an afternoon. 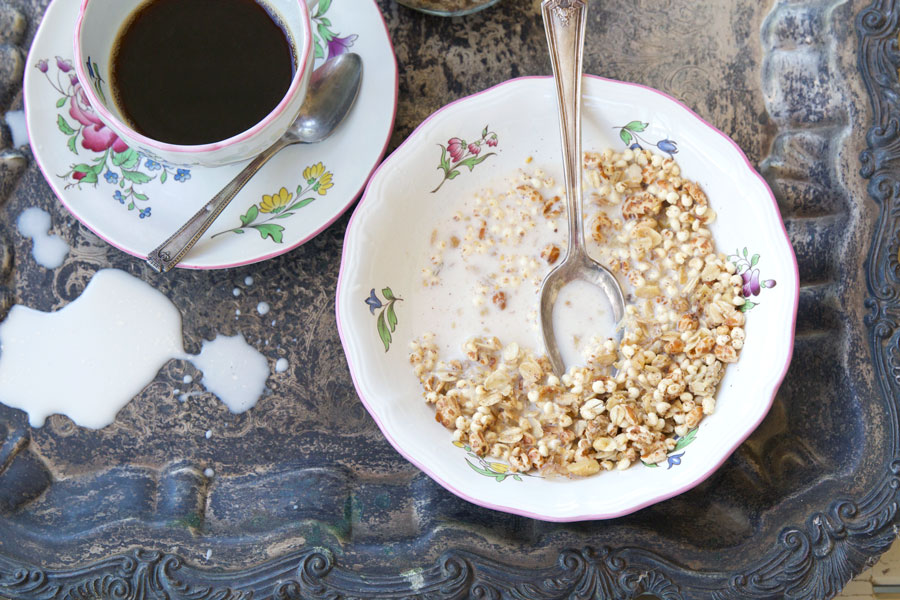 To this day, I’m a cereal junky. And while I don’t obsess over freeze-dried strawberries with rice flakes anymore, a good cereal sounds like a perfect dinner to me. I even registered for giant bowls when my husband and I got married. These bowls are primarily for cereal. Once, when I was living in Boston, I found an awesome cereal bowl in the kitchen. Greg (one of the roomzes) was super nice, so I assumed he wouldn’t mind if I borrowed his bowl. When he walked into the kitchen at the sound of my crunching, he said, “Randle. Why are you eating cereal out of a flower pot?”

All of this is just warm-up to tell you that I finally did it. I made cereal at home. And it is so good. I combined puffy things with crunchy things, and then maple things with salty things. I think I’m going to be unstoppable. 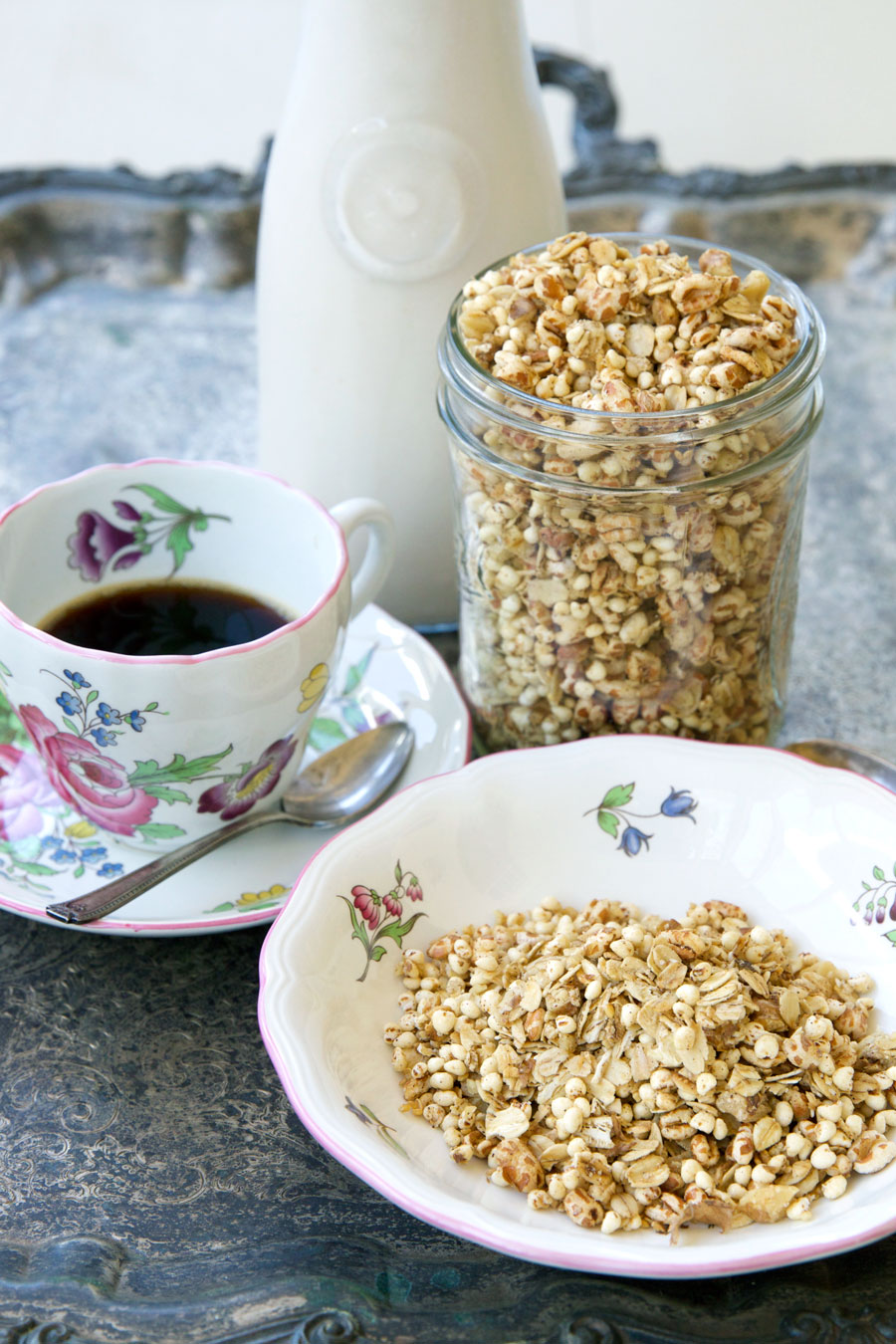 *Please double or triple this recipe as desired.

1. Preheat oven to 325 F. Line a sheetpan with parchment paper.

2. In a large bowl, combine all ingredients and toss together, being careful not to crush the puffs.

3. Spread in an even layer on the sheetpan and bake for about 20 minutes, stirring after 10 minutes. Walnuts will begin to smell fragrant when the granola is ready.

4. Cool on the pan COMPLETELY before storing in an airtight container at room temperature. Lasts for 2 weeks HAHAHAAHAHA more like 2 hours.