These are the reasons I think we should always have cake on Mondays:

And since it’s Monday, and you’re probably busy, and you shouldn’t be fooling around here looking at carrot cakes and 3-ingredient tomato sauces, I’ll get to the cake. 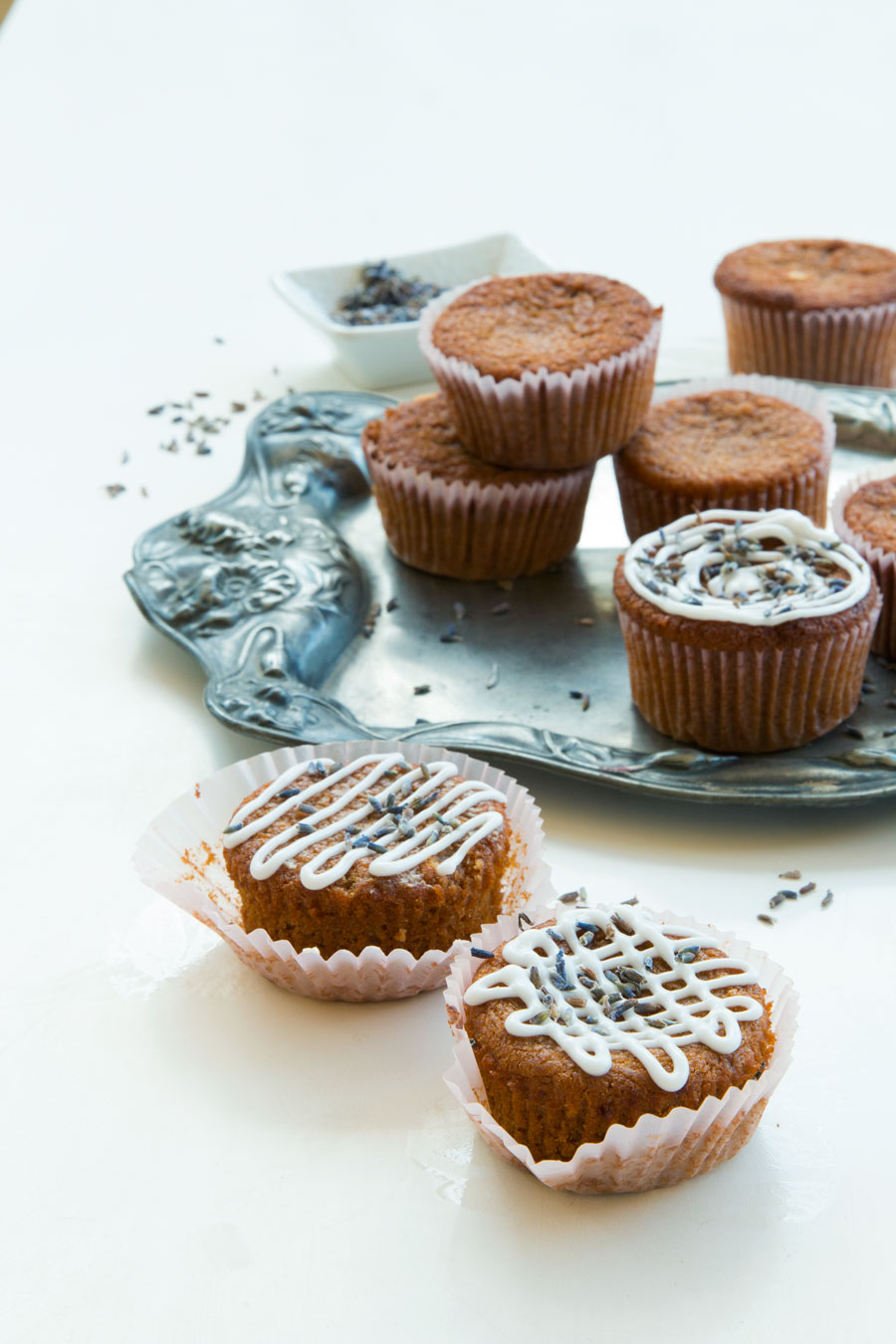 These are vegan tea cakes! With my favorite surprise ingredient – lavender. (In case you didn’t get enough with the Lavender Lemon Pound Cake.

I keep saying this isn’t a vegan blog, and then I keep making vegan things (like baklava – swoon). Well, if you don’t want to make these vegan, just use butter. Voila! 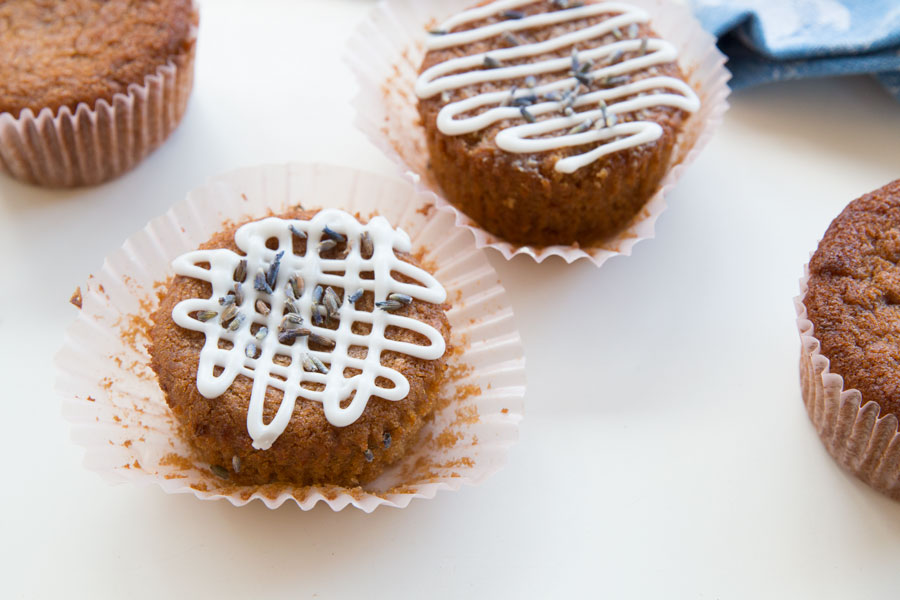 There’s a story behind all this vegan cooking, but I’m not ready to share it yet. You’ll have to stick around.

But for real, you don’t even want to know about the first time I tried to make vegan cupcakes. It was SO EXPENSIVE and the icing was damn near offensive.

These, on the other hand, are delightful. They’re springy, tender, and moist (sorry “moist” haters), and they have the perfect blend of vanilla and lavender. If the lavender is a little exotic for some, the familiar vanilla brings them right back to Monday afternoon territory.

I call these beauties tea cakes and not cupcakes because they have glaze instead of traditional icing, and I think they look like cute little cakes to be served with tea. Don’t you wish you could have one of these at 3:00 pm? 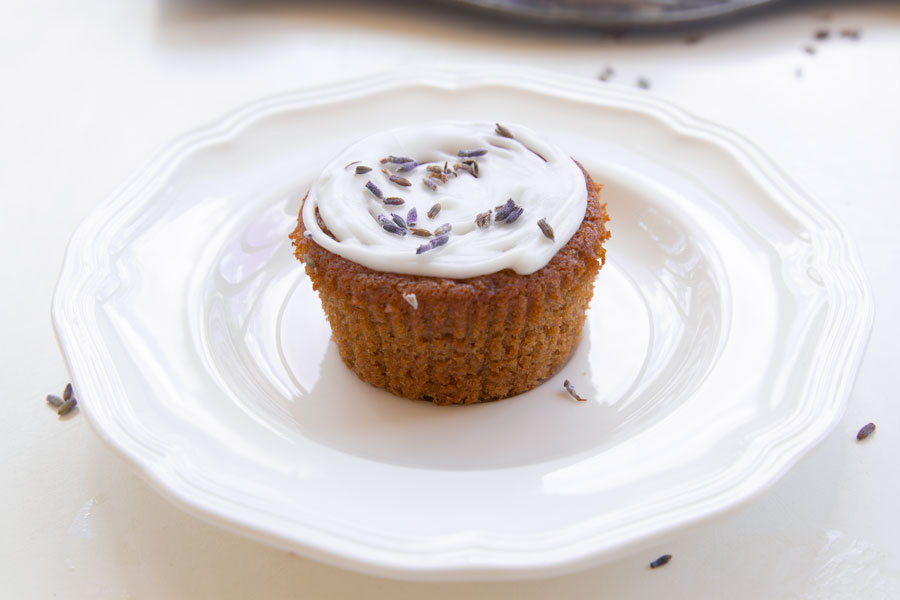 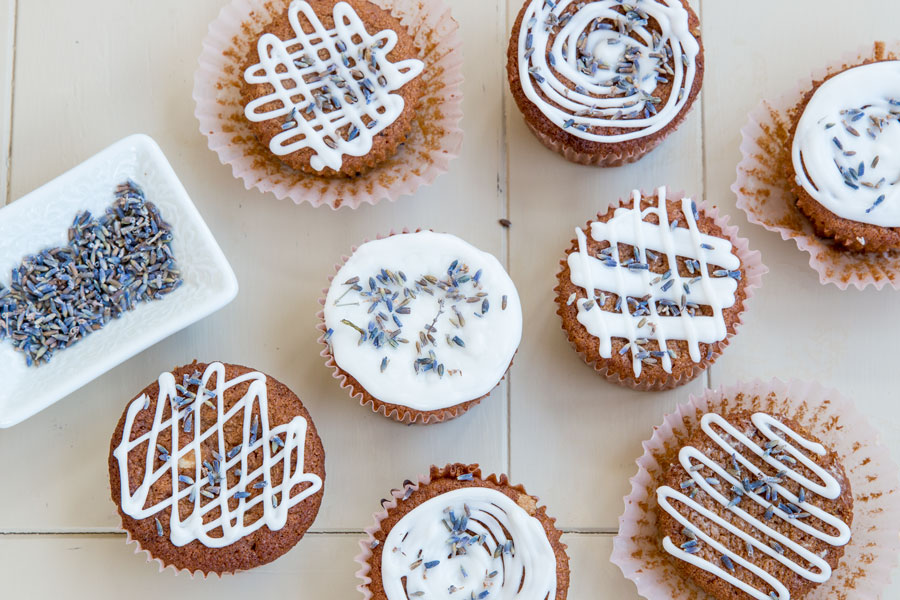 *Thanks @MinimalistBaker for the recipe, which I adapted from the Vegan Funfetti Cupcakes.*

Combine dried lavender with vodka and seal in a glass jar. Let soak for 24 hours – 1 week, depending on desired strength. Strain out lavender and return to glass jar. Store in a cool dry place.

2. In a mixing cup, add apple cider vinegar to almond milk and let curdle. Set aside.

4. Using a stand mixer, handheld mixer, or whisk, combine Earth balance and coconut sugar in a large bowl and whisk until fluffy, about 3 minutes. Add vanilla and lavender extracts and whisk/mix to incorporate.

5. Incorporate dry ingredients into wet, a little at a time, alternating with the curdled milk mixture. Stir until there are no large lumps. Distribute batter evenly between cupcake cups.

6. Bake 20-25 minutes, until a toothpick inserted in the center comes out clean. Let cool completely before icing.

7. Meanwhile, reuse that small bowl for dry ingredients, and combine powdered sugar with lavender extract. A little at a time, add cold water, just until a glaze forms. Careful, it happens quickly. Use a piping bag or a knife to glaze the tea cakes, sprinkling with a few bits of dry lavender.