I am the worst vegan ever.

Let me tell you about the moment I realized it. 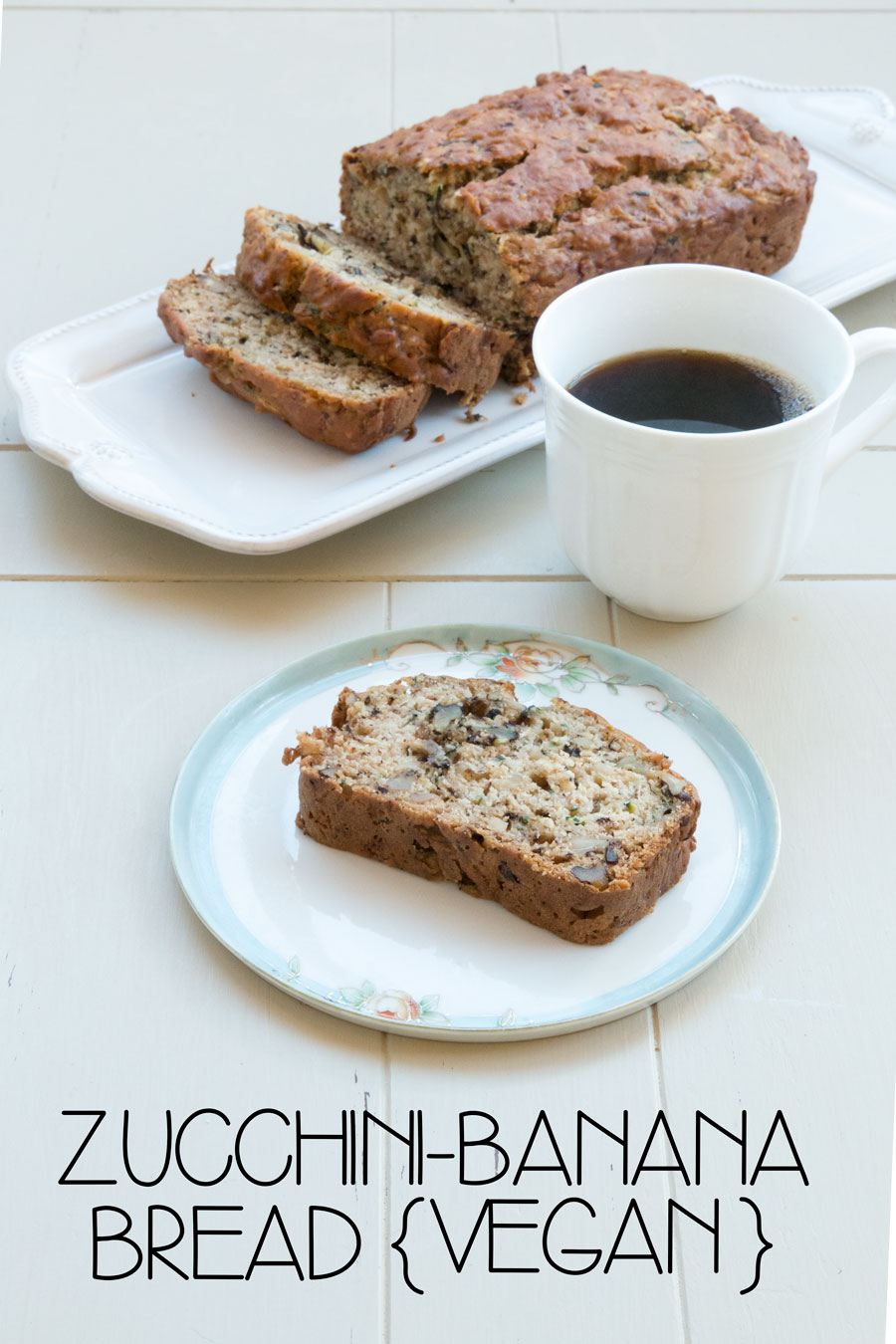 A couple weeks ago when I visited my old pals in Boston, my friend Kerri and I spent a Monday at the coast. It took us an hour to drive to Manchester-by-the-Sea (real town name), and after adventures in parking and public restrooms, we picked up lunch from a little café the guy at the quintessential beach town bookshop recommended…and made for the sea.

It gets even more disgusting (picturesque). The beach was called Singing Beach because the sand squeaks under your feet, and there was almost no one there other than us and an old battle axe swimming in the chilly Atlantic like it was the bathtub-warm pool at the Y. We did headstands and climbed rocks and talked about lady things and looked so nautical, I’m sure.

We opened up our immortal (seriously) styrofoam boxes and surrounded ourselves with rocks to chunk at any cheeky seagulls. As I gulped down my first bite of just-caught, mayonnaise-slicked, French roll-encased lobster, I had a realization.

She responded by stealing an onion ring. 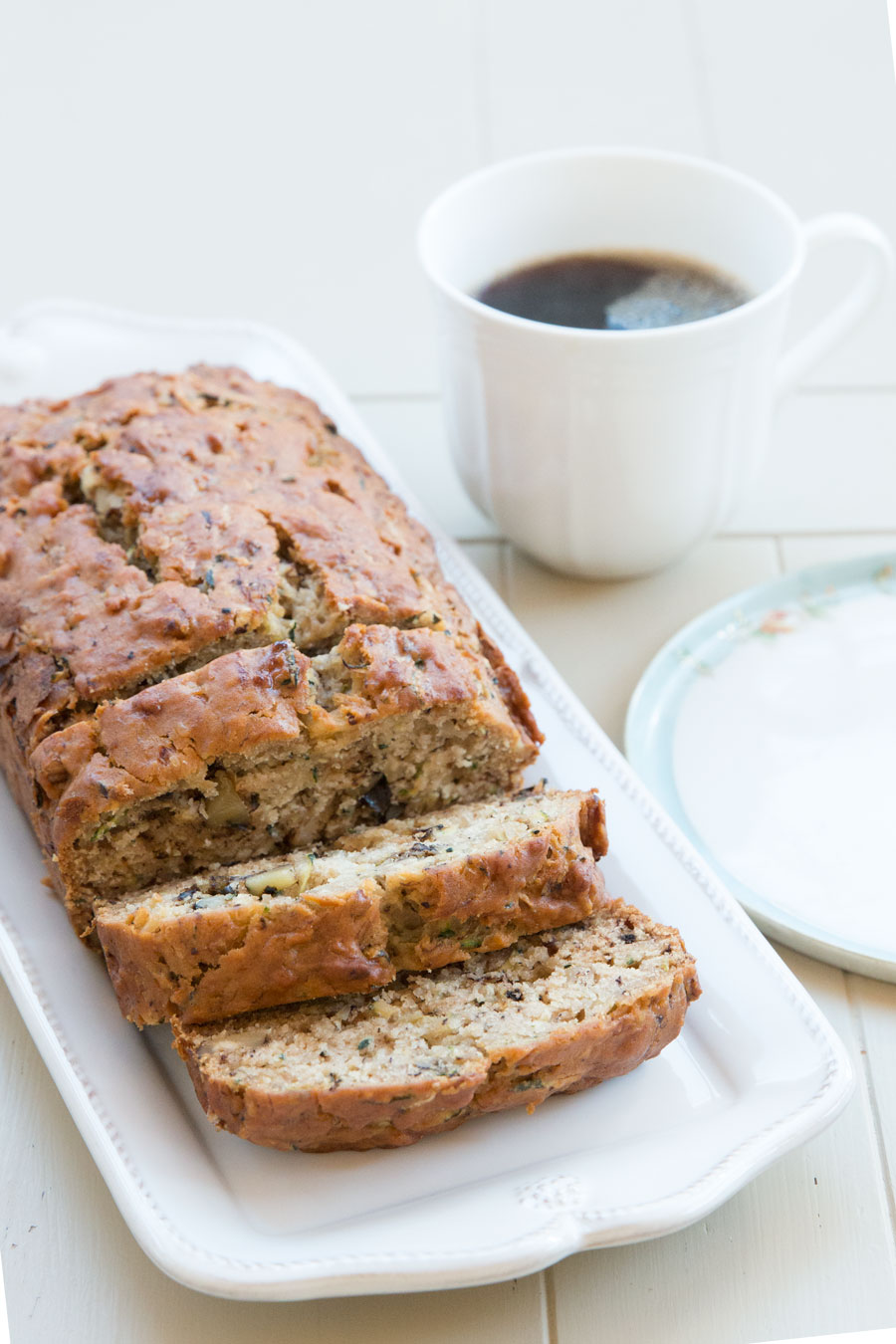 I should have known I was going to be a terrible vegan. I resent rules, guidelines, and even suggestions. Not because I have an issue with authority, but because I think I know better. That’s more annoying, isn’t it? My husband and I have had conversations like this:

Him: “You know you should go to your running group. You always feel better after, especially when you didn’t feel like going in the first place.”

Him: “That’s okay, you don’t have to slow down.” ::pumps imaginary brakes::

Me: “The yellow speed signs are only suggestions. I’m not going to go 25 right now. That’s crazy.” 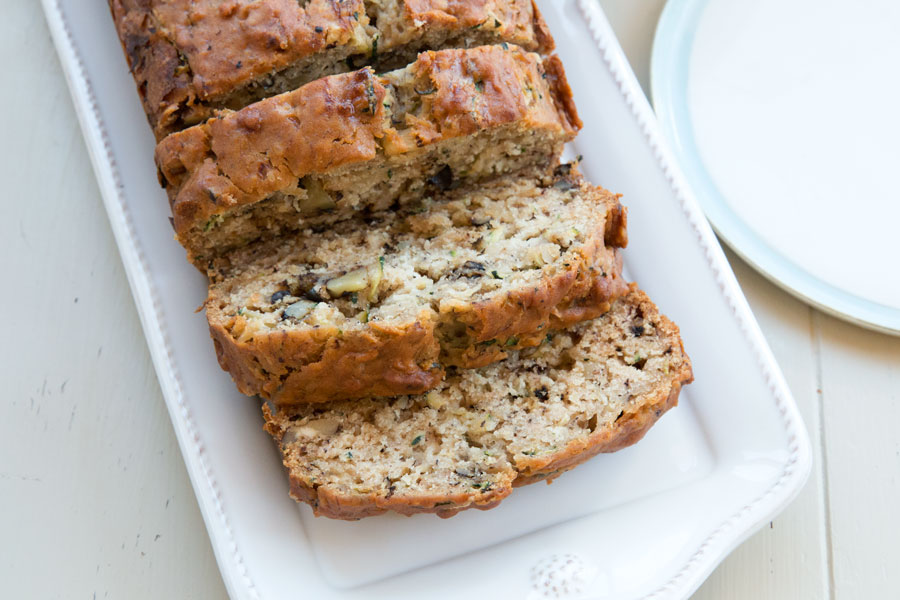 But for better or for worse, being vegan for at least most of the week makes me my best self (ha!) for reasons I’m still not going to share.

Luckily, zucchini bread is easy to veganize, and this bread full of chunky walnuts was so good I licked the batter out of the bowl and still had an appetite for two slices of the warm stuff. 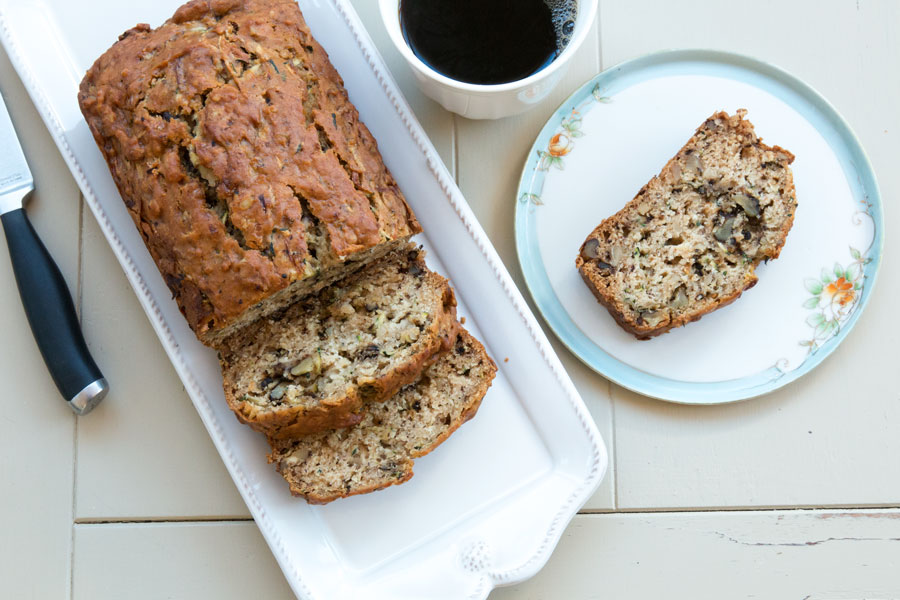 It’s not really fall here in Texas because we don’t really have that, but vegan zucchini-banana bread makes it feel almost like it. Just turn down the AC, grab your cozy socks, and light a candle.

Tell me, have you ever tried to change your eating habits? Was it a smashing success? Or did you fall off the wagon as soon as fresh-caught lobster made an appearance? 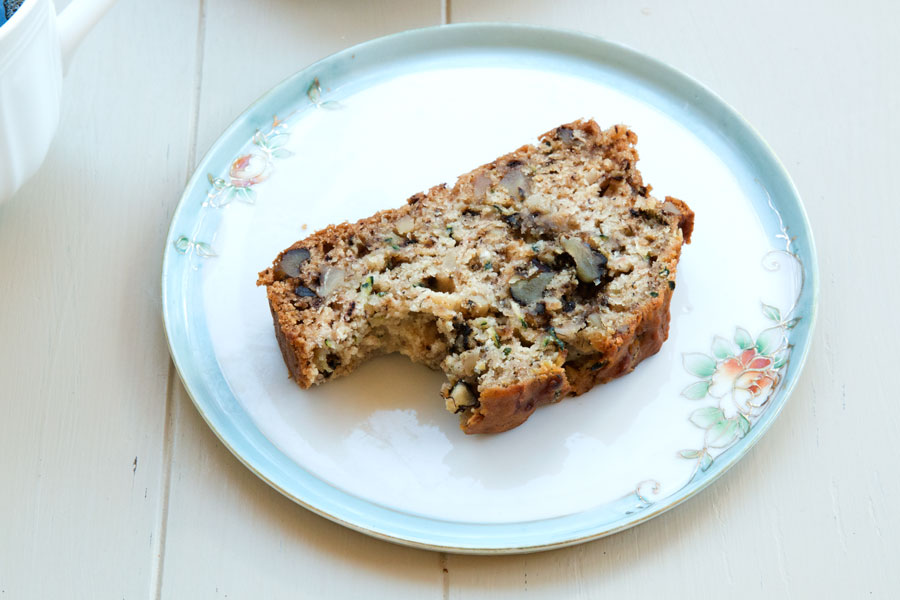 2. Using the shredder blade of a food processor or the large holes of a box grater, grate zucchini and set aside (do not drain).

3. In a large bowl, mash banana. Add applesauce, grapeseed oil, sugar, and vanilla, and mix well. Use a fork to stir in zucchini.

4. In the same bowl, add flour, salt, and baking soda, tossing together lightly on top so that the baking soda and salt get distributed throughout the flour. Stir until almost no flour is visible, then add chopped walnuts and stir just until combined.

5. Pour into prepared pan and bake for 50 – 65 minutes, or until a toothpick inserted in the center comes out clean.

Note: your loaf pan will affect cooking time, as will the accuracy of your oven and the wateriness of your zucchini, so make sure to start checking the bread early, and don’t worry if you have to cook it for more than 65 minutes.

6. Let cool completely, slice, and serve. Store wrapped in plastic or in an airtight container on the counter for up to 4 days.

There was an error retrieving images from Instagram. An attempt will be remade in a few minutes.