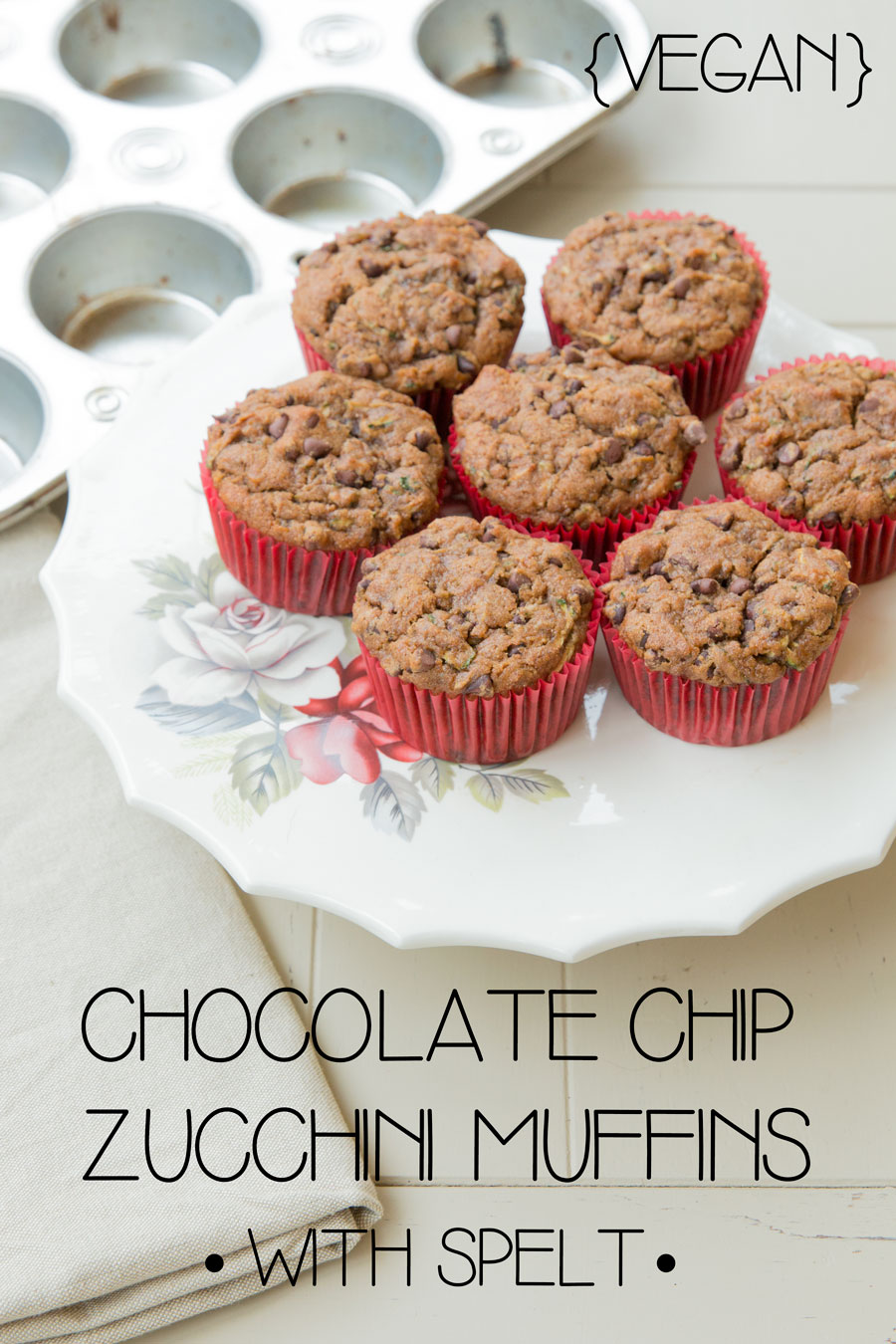 For now, I’m on a late-summer bender – because it’s Texas, and zucchini is still sprouting up as if the fall equinox never happened. Believe me, I’m ready to move on to pumpkin and pecans, but zucchini is here, and these muffins are delicious. 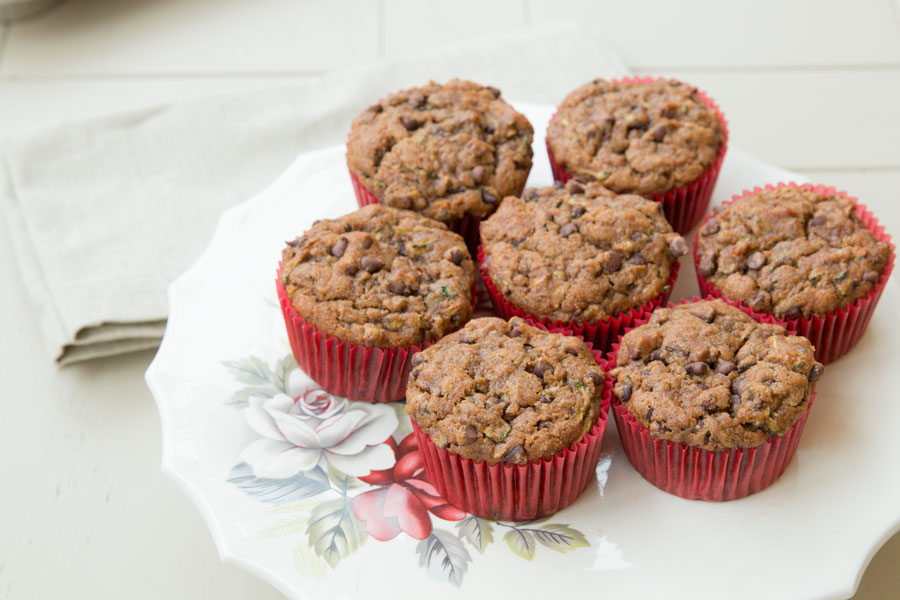 Let’s talk about something.

So apparently the gluten intolerance thing is made up, and only people with celiac disease have an actual sensitivity to gluten. The rest of us (aside from peeps with IBS?), they say, are just psyching ourselves out. It’s like a placebo effect – we think we will feel better if we avoid gluten, and so we do.

The next thing is going to be FODMAPs. I’m predicting it now. Let it be noted.

It IS kind of ridiculous that everyone was suddenly sensitive to gluten, I’ll admit, and I bet a lot of cases of it are made up. I had a friend who told me she MADE herself gluten intolerant by avoiding it for so long that her body couldn’t process it anymore. That’s one way to earn your stripes as a “real” gluten-free person, I guess. -_-

But I think there are other factors besides gluten intolerance that could make a person feel better when they avoid gluten in general. Two that come to mind:

1. Flour is weird!! Why is it so white?? Oh, it’s bleached. And why is it so powdery? Oh, because it’s processed. It has chlorine in it! And all the nutrients removed! It’s not that shocking to me that avoiding a mass-produced, bleached and chlorinated carb that turns to sugar in your body might make you feel better, even if you’re not allergic to it.

Anyway, to me it’s not crazy to imagine that people might feel better when they eat grains that haven’t been genetically modified to all blazes. Like spelt. Spelt isn’t gluten-free, but the giant headlights of mass production didn’t get ahold of it in 1910 and bleach it to within an inch of its biology.

::Sigh:: Look, we all know I have no idea what I’m talking about. I’m not a scientist. And even the scientists aren’t sure what any of this means. But if you want to put spelt instead of white flour in chocolate chip zucchini muffins, it tastes amazing. 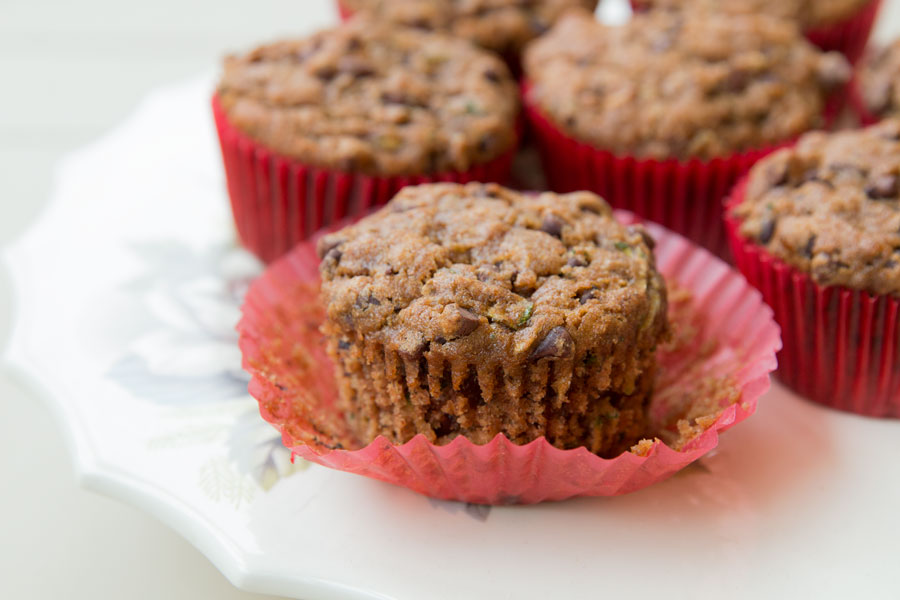 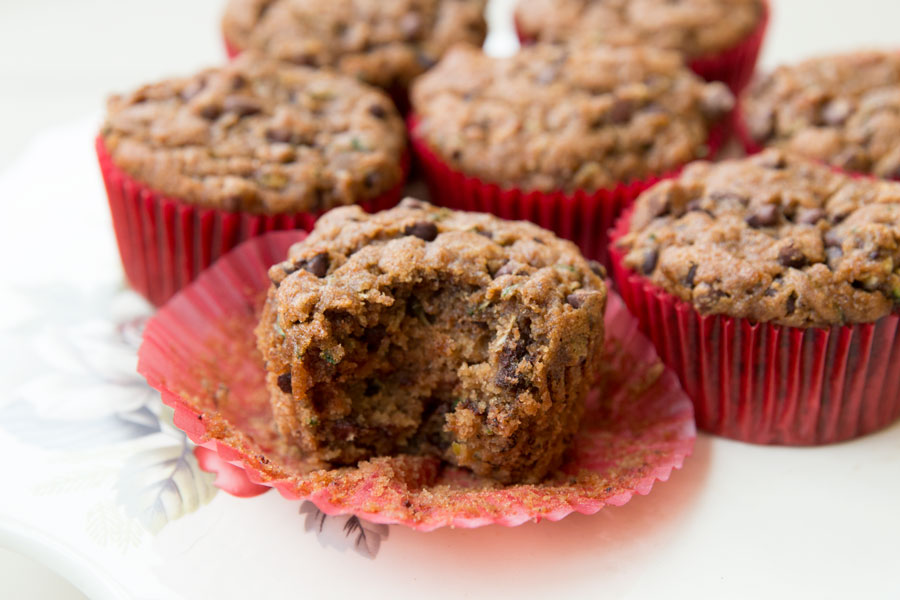 Note: The original recipe I adapted from said it would make 12 muffins. Le sigh. I only got 8 out of it, but I like big muffins (lol), so yeah. Also, I used mini chocolate chips because it means more chocolate per bite, and I like the way they melt.

2. Using the shredder blade of a food processor or the large holes of a box grater, grate zucchini and set aside (do not drain).

3. In a large bowl, mash the banana. Add applesauce, grapeseed oil, coconut sugar, and vanilla. Mix well. Use a fork to stir in zucchini.

4. In the same bowl, add spelt flour, salt, and baking soda, tossing together lightly on the top so that the baking soda and salt get distributed throughout the flour. Stir until almost no flour is visible, then add mini chocolate chips and stir just until combined.

5. Pour into prepared muffin tin (probably 8-10 muffins!) and cook for 20-25 minutes, or until a toothpick inserted in the center comes out clean.

6. Let cool completely, turn out of muffin tin, and store in an airtight container at room temperature for up to 4 days. 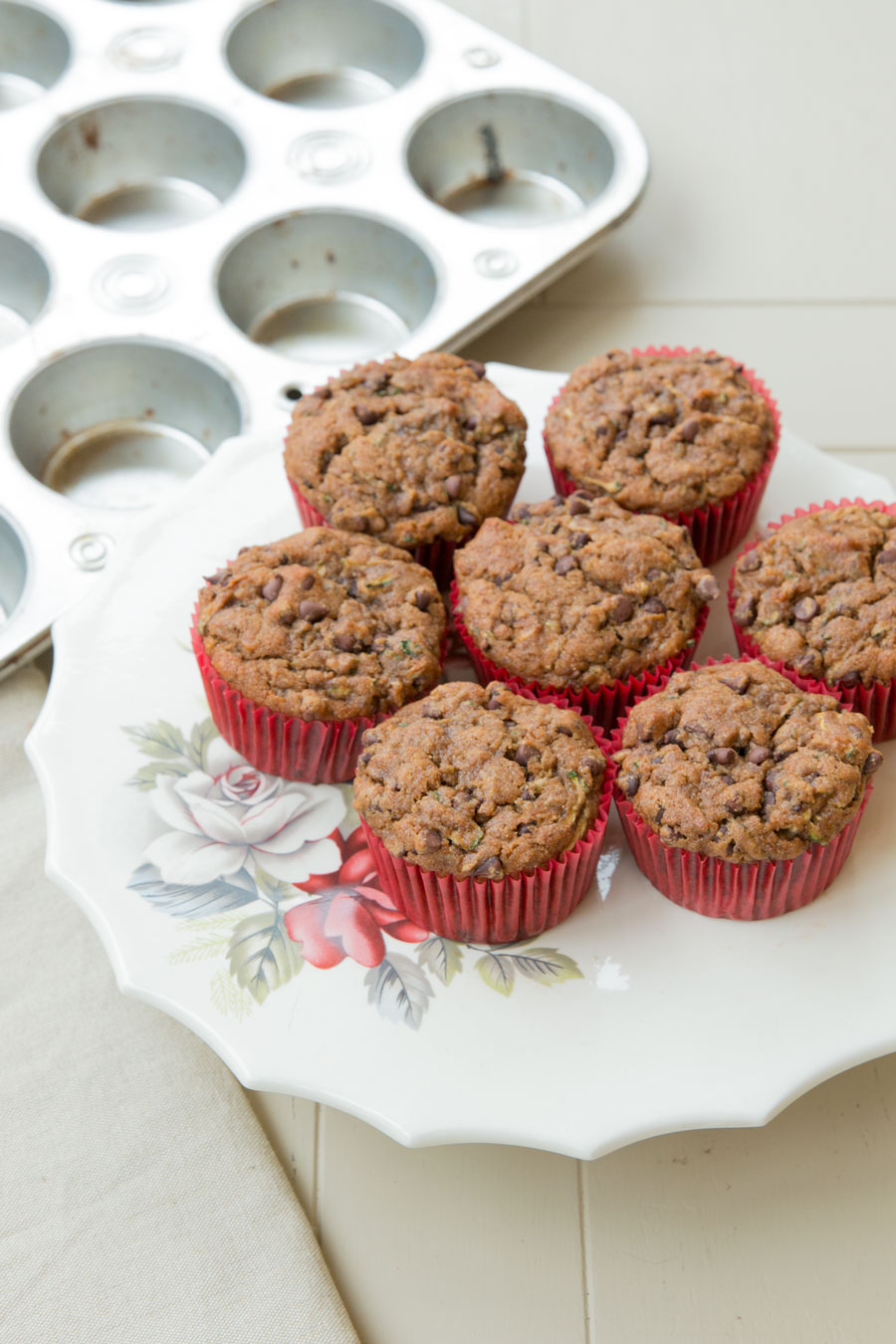