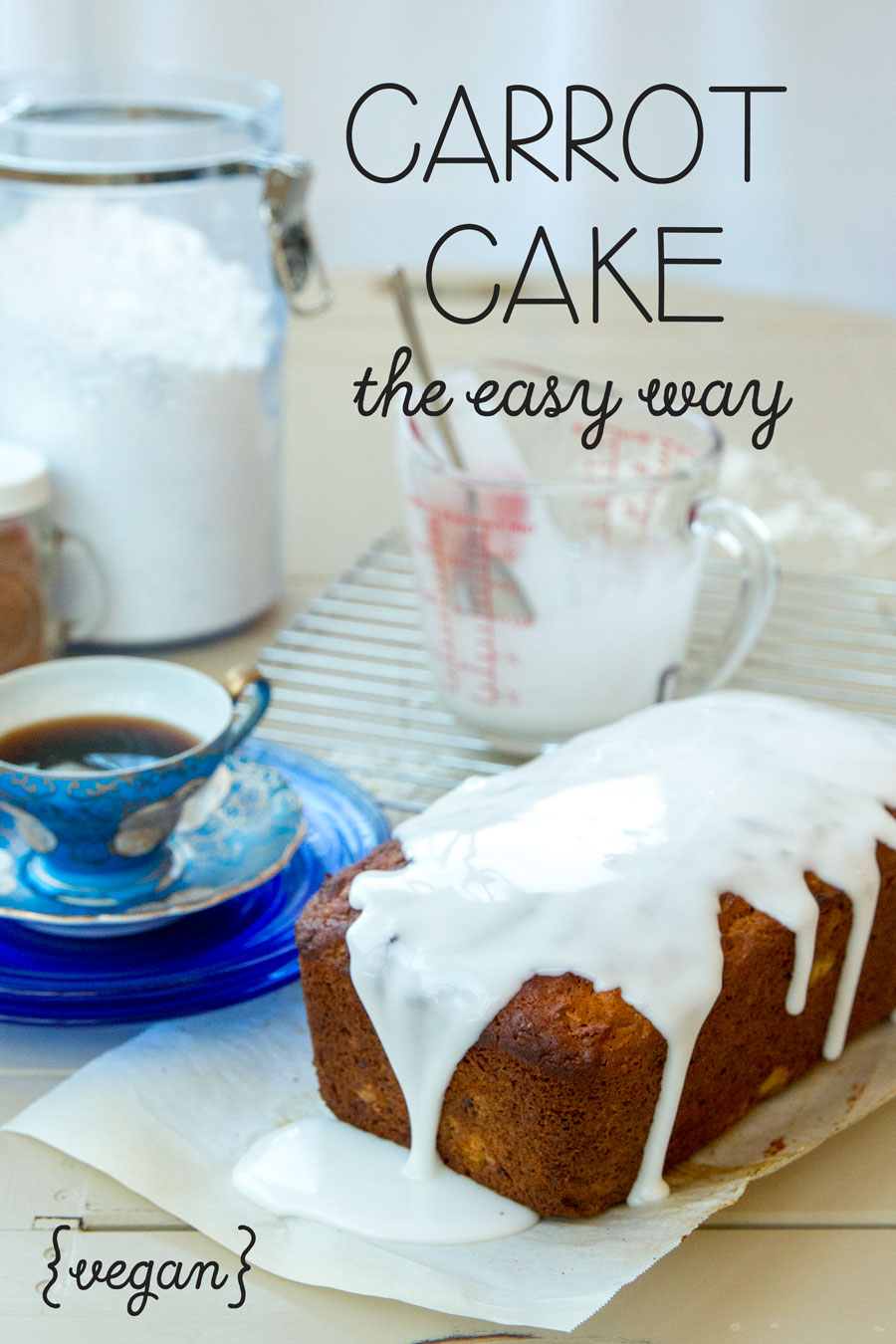 Today I had one of those “oops” moments.

Those moments that people talk about later by writing this:

Okay, it wasn’t that bad. But do you ever catch yourself doing or saying something you thought you were beyond? Like implying on live radio that woman = emotional basketcase, or contemplating making off with a reserved chicken just because you can? (just read it)

Here’s what happened: My husband and I got home from a camping trip (There were no computers! It was awesome! And I got to say “off the grid” at least 5 times. And there were tin plates and we were coffee junkies. More on that later.). We were going about the house cleaning everything in a fever – washing dogs, throwing spider- and poison oak-saturated blankets into the washer as fast as possible, scrubbing three days of Deet 100 off our limbs. You know, post camping stuff.

I got the idea to go forage some pecans from our front yard since I was already dirty and covered in a protective sheath of bug spray, and for the past week I had been meaning to go get our pecans out of the grass, but then looking sadly back at my computer and all the little notifications and work assignments.

Some history: I love pecans so much. I think they are the best of nuts, and they are pronounced pick-AHNS, and they are best plucked out of a crushed up shell you just rolled under your shoe on the sidewalk, and second best drowned in corn syrup and served up in a pie. No ice cream needed. <– Don’t tell anyone I said that. 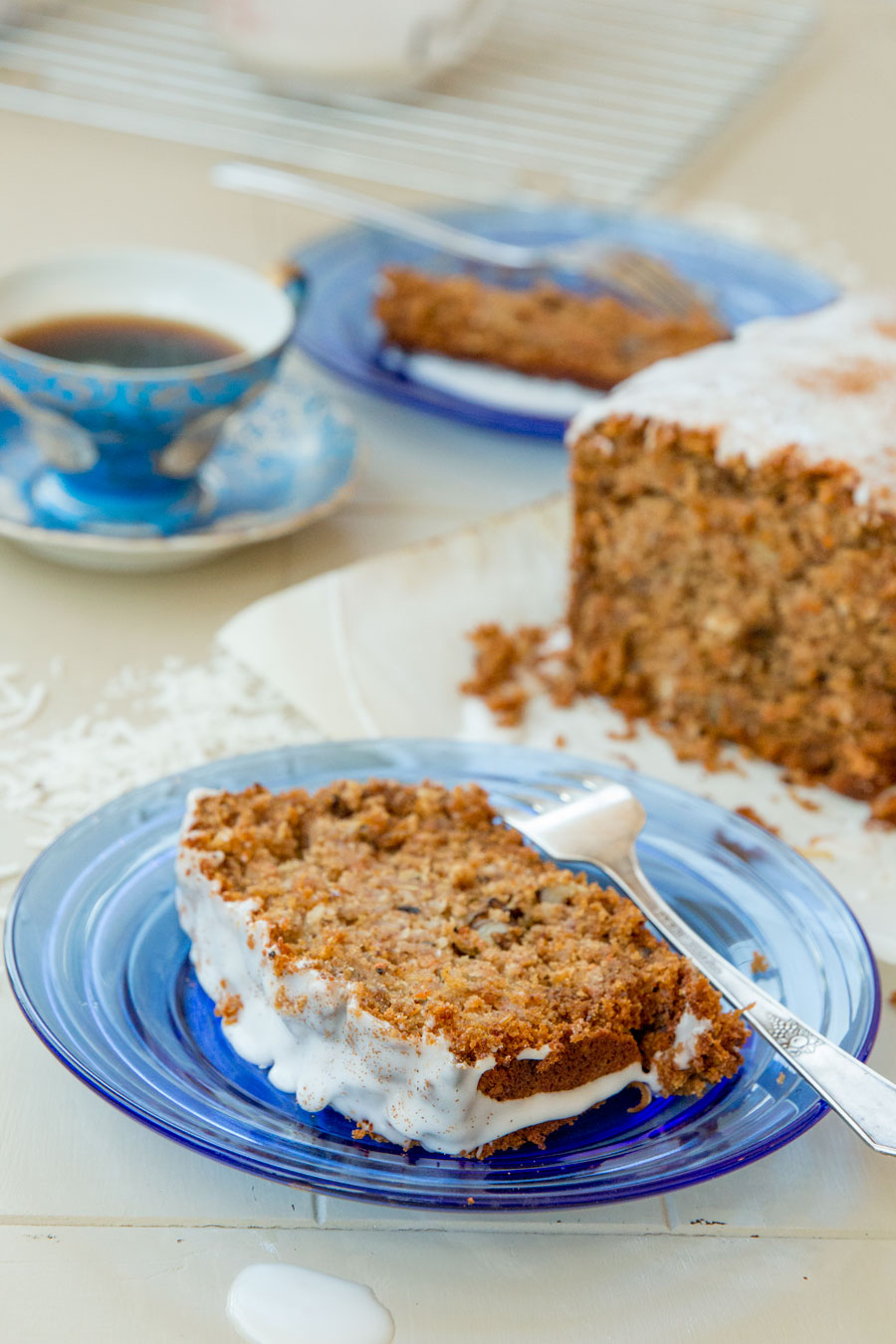 So when I got outside and found NO pecans (7 pecans) under our two massive pecan trees, and an empty malt liquor bottle with a label reading “Banana Red,” well, I saw red.

I was so indignant. Looters! I had seen them walking by. A hunched looking woman with a straw hat, two buckets, and one of those extend-o arms that elderly folks use. A man in a faded out T-shirt with grease stains near his hands and an old black Jansport. I knew that passersby had been taking our pecans, but I didn’t know they’d made such quick work of it.

This was dark! No pecans for us! And someone had a party while urban foraging in our front yard??

I headed to Facebook to complain about it (where else is public complaining acceptable?) and ranted, “I got home and found this empty liquor bottle and 7 wimpy pecans under our trees. Woe is me!”

It took a few commenters to calm me down and show me how messed up my stance was. Not only was pecan season not really in full swing yet anyway (the lack of pecans), but I had also ruled out the possibility of sharing my pecans.

I was so ready to become a curmudgeonly property owner. Git outta mah yarrrrd you yeller-bellied looters! That kind of thing. Then I realized it would be more fun to share the wealth (after all, who can eat a whole tree of pecans?) and do it quietly.

So, I’m waiting for more pecans, and if they don’t come, I’ll assume they found a home that needed them.

AAAAAND I’ll head to my secret pecan foraging locale and not tell anyone where it is. It’s doesn’t have the good kind of pecans – the small, super oily ones with the thicker shell – but it’s a hoard of pecans just waiting for me to scoop them into a grocery sack. And it’s a secret!

In the meantime, here’s a recipe that only uses a few pecans, so you won’t have to forage them from your neighbor’s yards (Just kidding! Foragers welcome-ish.) or spend $20 on pecans at the store.

I didn’t think that carrot cake could be loafed, but it can. Indeed it can. This carrot cake is a veganized adaptation of my aunt Jeanne’s perfectly Canadian carrot cake recipe that I made here, and while this loaf version isn’t as beautiful, it’s less scandalous to eat for breakfast AND bring to work to eat at 3:00 PM. 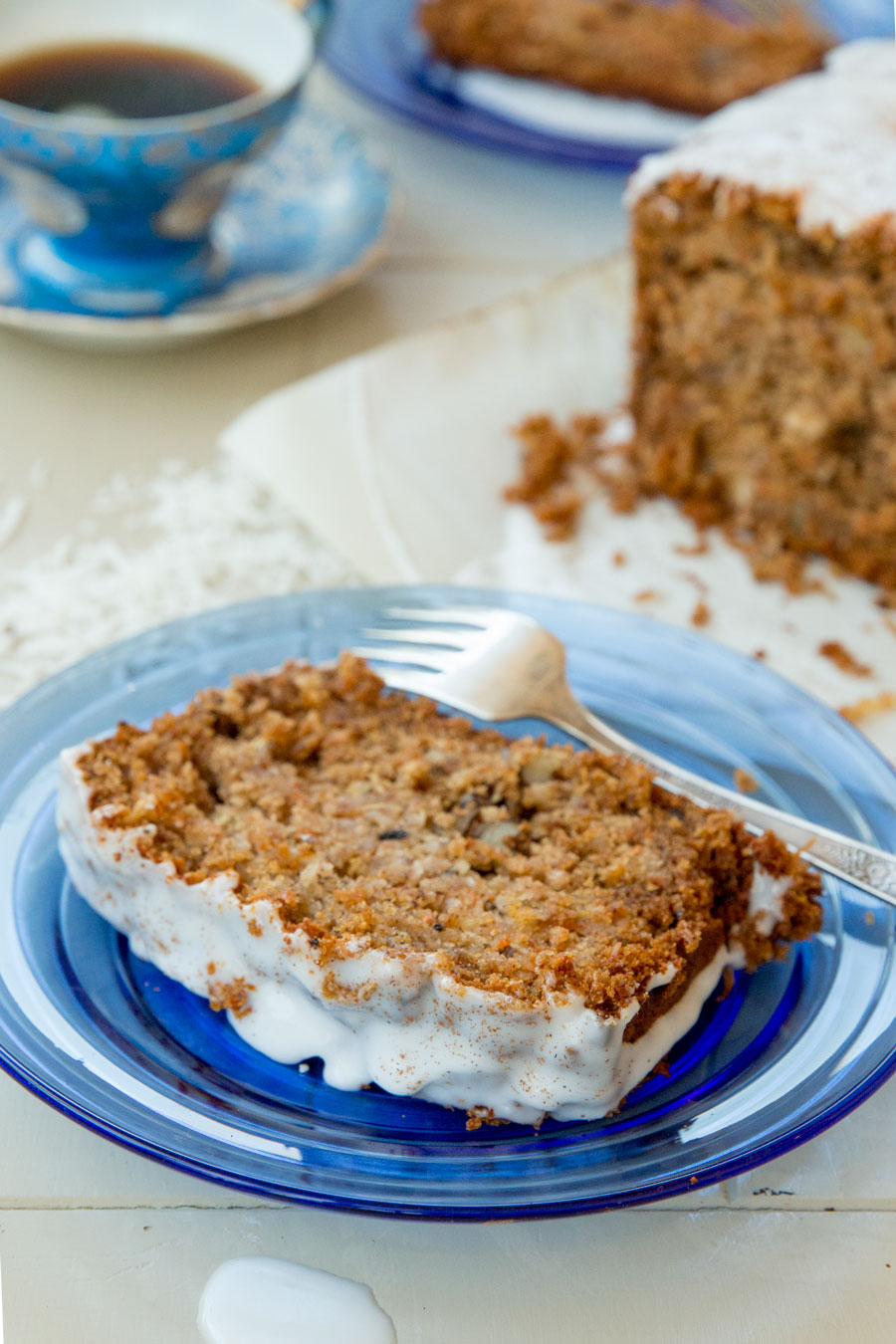 *Unsweetened coconut is dry, not sticky. Look for it in the bulk or health food sections of your grocery store. It will work if you use the sticky, sweetened kind of coconut, but it will be sweeter!

**Combine 2 Tablespoons ground flax seed with 6 Tablespoons water and set aside for 5 minutes.